On 4 November 2019, the OCCAR-EA Director and the ARTEC Chief Executive Officers signed a contract for the procurement of more than 500 BOXER vehicles on behalf of the United Kingdom of Great Britain and Northern Ireland (UK). 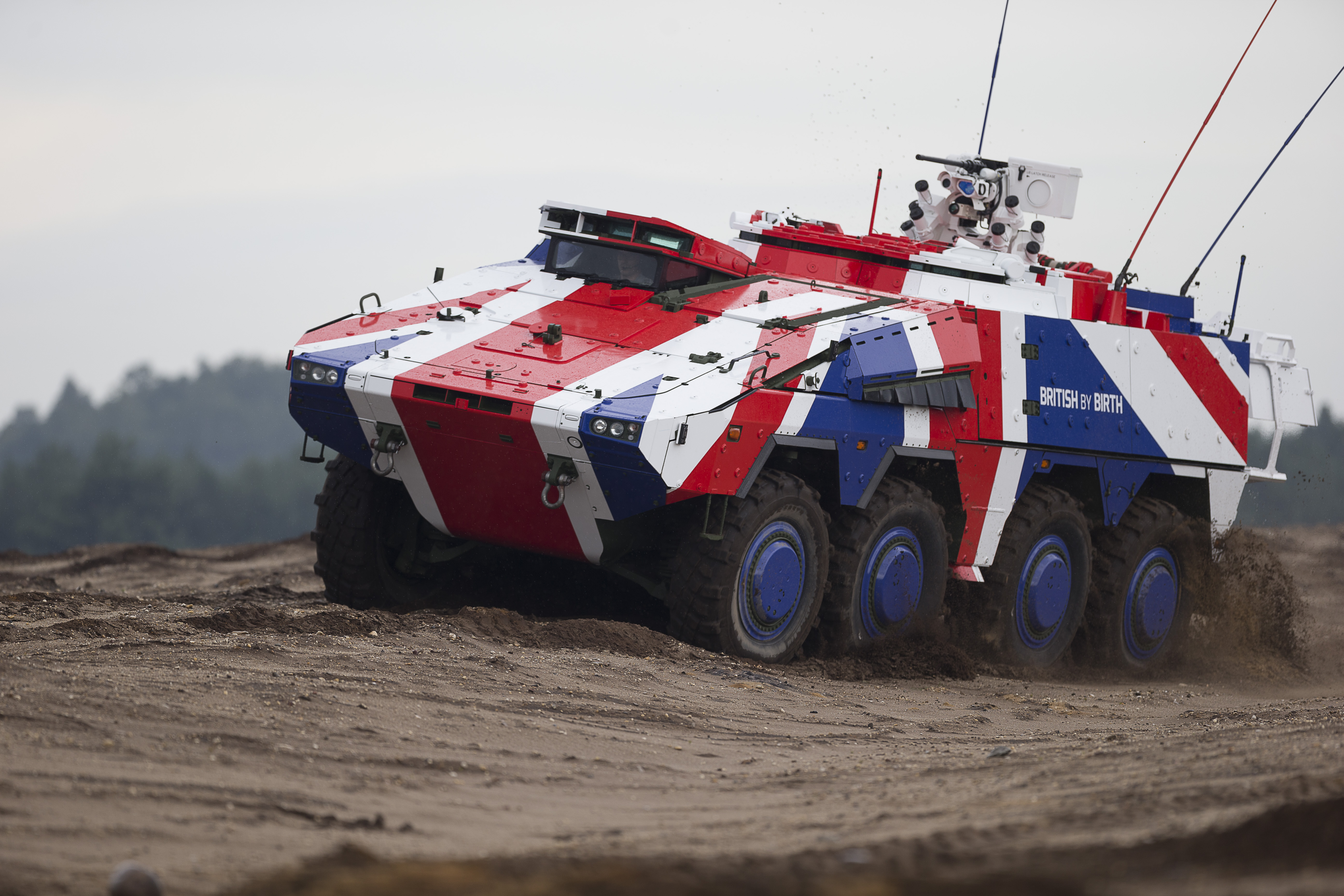 After the UK decided to re-join the BOXER programme in 2018 and the receipt of the proposal in early 2019, it took only 8 month to evaluate, negotiate and finalise the 11th amendment of the series production contract for the BOXER vehicles.

Personnel from the OCCAR-EA BOXER Programme Division and specialists from the UK MoD Defence Equipment & Support worked hard to accomplish the negotiation of the contract with best value for money in such a short timeframe.

The contract includes the delivery of 5 prototypes in four specific Build Configurations (Infantry Carrier, Specialist Carrier, Command Post and Ambulance) and 523 series vehicles,  initial In-Service Support Packages and Special to Role Kits. The vehicles will be equipped with a remote controlled weapon system with a 12.7mm L1A2 Heavy Machine Gun or a 7.62mm L7A2 General Purpose Machine Gun, depending on the mission. They will also have missile blast  as well as Rocket Propelled Grenades (RPG) protection.

The UK vehicles have the ability to change within the variants (Build Configurations) by changing the interior,  introducing different kits and assemblies depending on the mission.

The production of the UK fleet will be shared between Germany and the UK. As a first step, the prototypes will be manufactured in Germany by the main-subcontractors of ARTEC, the companies Krauss-Maffei Wegmann and Rheinmetall.
The first phase of  series production will be conducted on the German production lines of both companies. Workers from the UK will be trained on how to assemble the vehicles and after the necessary knowledge transfer, the production will be transferred to new facilities in the UK. The plan says to have the first trials in June 2022 and the delivery of the first series vehicle to the British customer by November 2022.