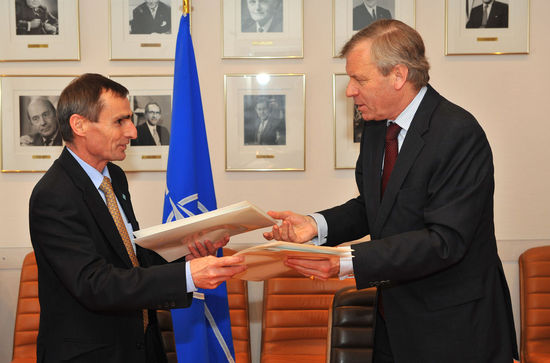 On 5 February, the OCCAR-EA Director and Mr Jaap de Hoop Scheffer, Secretary General of NATO, signed the OCCAR-NATO Security Agreement at the NATO HQ in Brussels. The signature was preceded by an inspection by NATO experts of the OCCAR security arrangements. This agreement will allow OCCAR Programme Divisions to gain access to classified NATO information realting to subsystems compatible with NATO standards. It also represents recognition by NATO, at the political level, of the role of OCCAR in the European defence framework. See also: