On 14th June 2012 the Italian First-of-Class (FoC) Anti-Submarine Warfare (ASW) Fasan Frigate, sailed for the first time, starting the platform sea trials which are planned to be completed by the end August 2012.

Pitch Propeller, Electric Propulsion and Gas Turbine trials were successfully conducted. In addition, all the radars (Navigation and surface search) and communications (VHF, UHF, HF) systems were tested as well, anticipating some of the Combat System sea trials which are scheduled to be started in September 2012.

Fasan Frigate will be delivered to the Italian Navy in August 2013.
Meanwhile, the Italian First-of-Class General Purpose (GP) Bergamini, is regularly carrying the Combat System Sea trials and so the two ships had the opportunity to sail together. 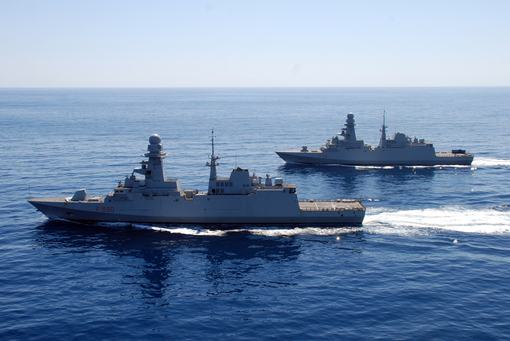