Within the Air-to-Air Refuelling Initiative of the European Defence Agency several Nations have agreed to co-operate in a multinational Programme: The Multinational Multi Role Tanker Transport (MRTT) Aircraft Fleet which will provide additional tanker and transport aircraft capability in Europe.

The MMF Programme will provide air-to-air refuelling, transport of passengers, cargo and medical evacuations (based on the Airbus A330-200).

The aircraft will be owned by NATO and operated in a pooling arrangement. OCCAR manages the MMF Acquisition Phase, including the first two years of In-Service Support, as the Contract Executing Agent for the NATO Support & Procurement Agency (NSPA). NSPA will then be responsible for Life-Cycle Management of the fleet.  The delivery of the first MMF aircraft in June 2020 marked a key milestone of the MMF ADS acquisition contract managed by OCCAR. The aircraft was delivered to the customer on time without any shortfalls in performance or over cost.

The Programme was initially launched in July 2016 by The Netherlands and Luxembourg. Germany and Norway joined the Programme in 2017, Belgium in 2018 and Czech Republic in October 2019. This arrangement is open to other European Nations who have expressed their interest and additional aircraft are already considered as options in the current contract to accommodate the potential operational needs of further nations.

The Airbus A330-200 is a new generation strategictanker/transport aircraft. The large 111 tonnes basic fuel capacity enables the aircraft to excel in air-to-air refuelling missions without the need for any additional fuel tanks within the passenger area.

The aircraft is offered with a choice of proven air-to air refuelling systems. Thanks to its true widebody fuselage, it can also be used as a pure transport aircraft able to carry up to 267 troops, or a payload of up to 45 tonnes. It can also be easily converted into Medical Evacuation Configuration to accommodate up to 6 Intensive Care Units and 16 stretchers.

The contract with Airbus Defence and Space was signed in July 2016 and the Programme Division was setup on 1st September 2016 in Bonn. The MMF contract covered the acquisition of 9 aircraft and options for up to 2 additional aircraft, potentially increasing the total number to 11 aircraft. Many nations are closely following the Programme and showing interest in the additional options available.

A330 MRTT for MMF - Technical Information

The A330 MRTT can perform military air transport, air-to-air refueling and MEDEVAC (Medical Evacuation) roles, including a combination of those roles in one mission. 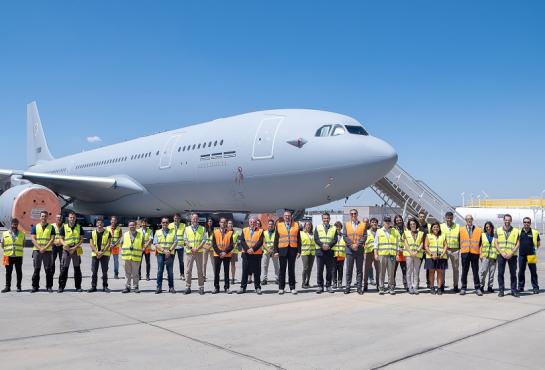 The transfer of Title of MMF T-059 aircraft took place on 26th July at Airbus DS in Getafe/Spain and was the sixth aircraft to be delivered to NATO... 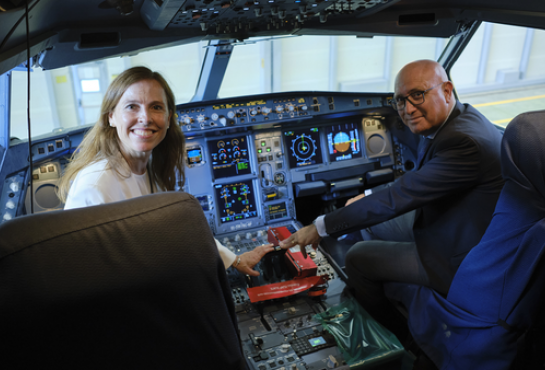 The Acceptance and Transfer of Title of the fifth MMF aircraft took place on 31 August at Airbus Defence and Space premises in Getafe/Spain and was successfully delivered by OCCAR-EA, as Contracting Authority, to NATO. 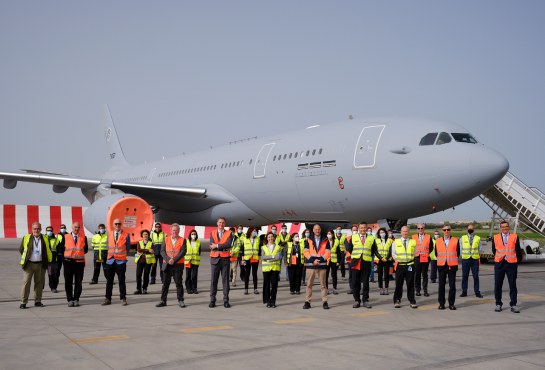 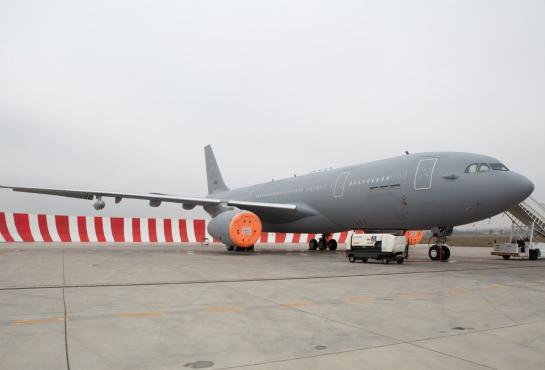 The Transfer of Title of MMF T-056 aircraft took place on 18 November at OCCAR and was the third aircraft to be delivered to NATO. OCCAR has formally accepted the third MMF, being the first MEDEVAC (Medical Evacuation) capable aircraft of a total of nine Airbus A330 MRTT aircraft (Multi Role Tanker Transport) ordered by OCCAR on behalf of NATO.

The Transfer of Title of MMF aircraft T-054 took place OCCAR on 10 August, becoming the second aircraft delivered to NATO.

For further information about the MMF Programme, please contact the Programme Division or the Prime Contractor.