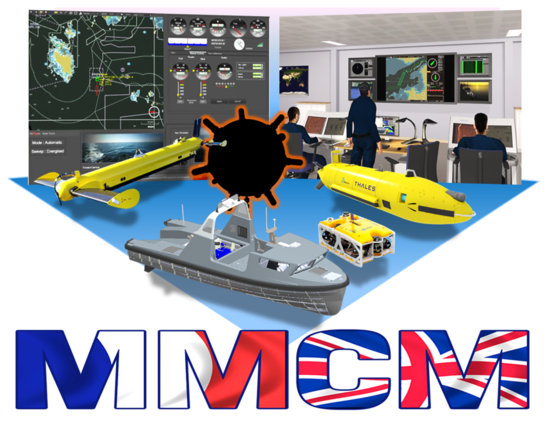 France and the United Kingdom initiated a programme to assess and develop a “Maritime Mine Counter Measures” (MMCM) capability comprising unmanned systems operating remotely, at a stand-off distance from mother ships or, through a command and control centre, either on board ship or deployed ashore.

The objective of the MMCM programme is to deliver an agile, interoperable and robust MMCM capability. The programme will help to determine the options for replacing existing Mine Counter Measure Vessels when they retire from service and the life-cycle cost benefits of delivering mine counter measure capability in a new way.

Its stand-off concept is based on off-board capabilities aimed at keeping personnel outside minefields whenever possible. By defeating static underwater threats at pace, these systems will give strategic, operational and tactical freedom of manoeuvre and thereby assure the delivery of maritime force projection and maritime security at the time and place of the Nations’ choosing in support of a wide range of naval operations.

This bi-lateral programme was formally initiated under the Lancaster House Treaties between France and the United Kingdom in late 2010. In March 2015, OCCAR awarded a demonstration phase contract following a competitive tendering exercise. The contract was originally structured with:

On 20 October 2016, the contract to proceed with Stages 2 and 3 was jointly announced by the United Kingdom and France. The announcement followed the successful completion of a 15 month-long study, definition and design stage. Stages 2 and 3 of the MMCM programme is the manufacture and qualification of two identical MMCM prototype/demonstrators. These autonomous off-board unmanned systems, deployed from the shore or at a stand-off distance from mother ships, will enable the detection and neutralisation of sea mines and underwater explosive devices. The MMCM programme also includes a stage 4 option for a two-year period of support for evaluation of the systems by the Marine nationale and Royal Navy.

At the France/United Kingdom Summit in January 2018, the French President and the Prime Minister of the United Kingdom stated their intention to bring the system into operational service rapidly. The subsequent production stage (known as Stage II) has progressed rapidly and the formal ProgD and subsequent contract for both France and United Kingdom was signed in October 2020. 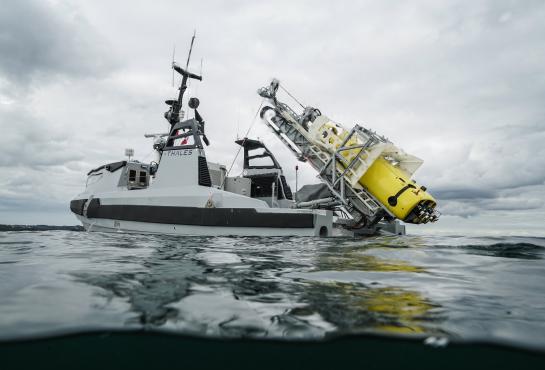 As part of the FR/UK MMCM Prototype Programme the French Marine Nationale received qualified delivery of the next MMCM incremental capability step... 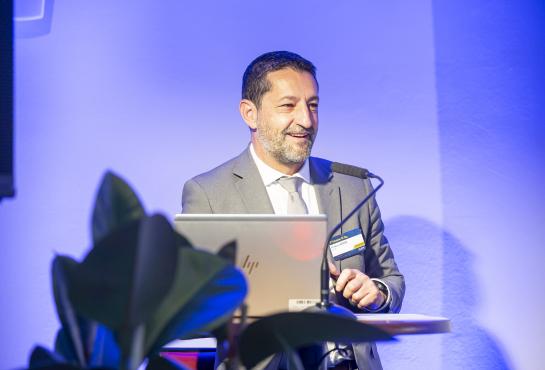 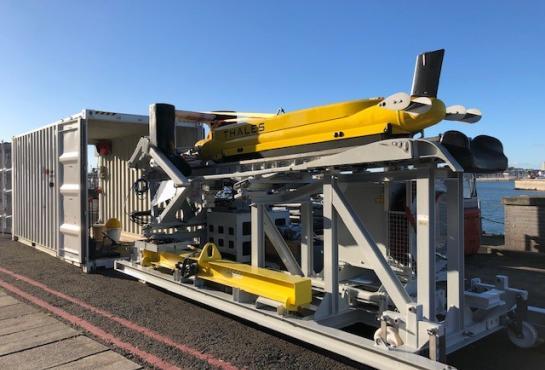 On the 31st January 2022, under challenging timescales the OCCAR-EA Director,... 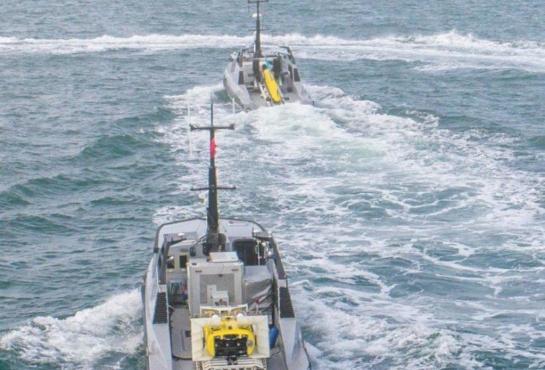 On 23 and 25 November 2021, OCCAR has delivered to the United Kingdom and France respectively, two prototypes of Maritime Mine Counter Measure (MMCM) Unmanned System...

27. November 2020
OCCAR places a contract for the delivery of 9 Mine Warfare Primary Systems

OCCAR-EA signed a contract for the production of nine Maritime Mine Counter Measures (MMCM) primary systems with Thales Defense Mission Systems (TDMS) in November 2020. Three of these nine primary systems will be delivered to the United Kingdom (UK), four primary systems (plus two additional as options, to be exercised in 2021) to France.

29. May 2020
Visit of the FR MINAR to the MMCM industrial facilities

On 29 May, the French Minister of Defense, Mme Florence Parly, was presented the progress of the Maritime Mine Counter Measures (MMCM) programme in Brest, France.

For further information about the MMCM Programme, please contact the Programme Division or the Prime Contractor.