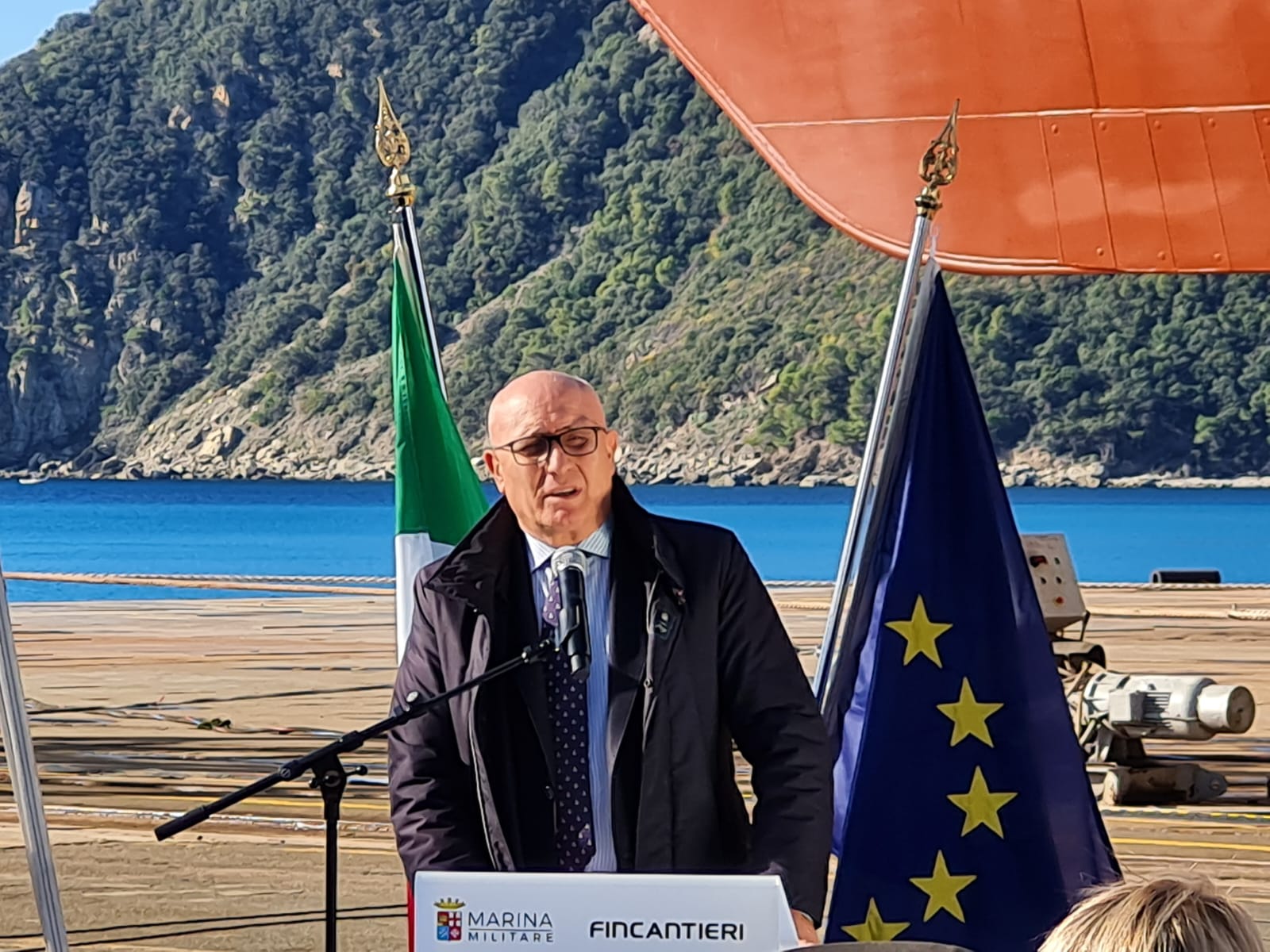 The launching ceremony of the PPA 5 “Marcantonio Colonna” was held on 26th November 2022 at Fincantieri Shipyard in Riva Trigoso, Genoa (Italy).

Marcantonio II Colonna, also known as Marc'Antonio (1535 - 1584), was an Italian Nobleman and Admiral who was best remembered as the Admiral of the Papal fleet in the Battle of Lepanto.

Mrs. Jeanne Pavoncelli Colonna, princess and wife of a descendant of Marcantonio Colonna, was the Godmother of the launching ceremony.

The ceremony involved the christening through the breaking of a bottle of champagne by a Godmother, as a symbolic gesture to bring good luck and safe travel to the vessel whilst at sea.

The ceremony was attended – among the others - by the Italian Under Secretary of Defence, Matteo Perego di Cremnago, the Chief of the Italian Navy, Admiral Enrico Credendino, the President of Liguria, Giovanni Toti and OCCAR-EA Director, Mr Matteo Bisceglia.

The Temporary Consortium between Fincantieri and Leonardo companies, responsible for the development and production of the seven PPA, was represented by Fincantieri CEO Mr Pierroberto Folgiero and the President Gen. Claudio Graziano, along with senior managers of the two companies. 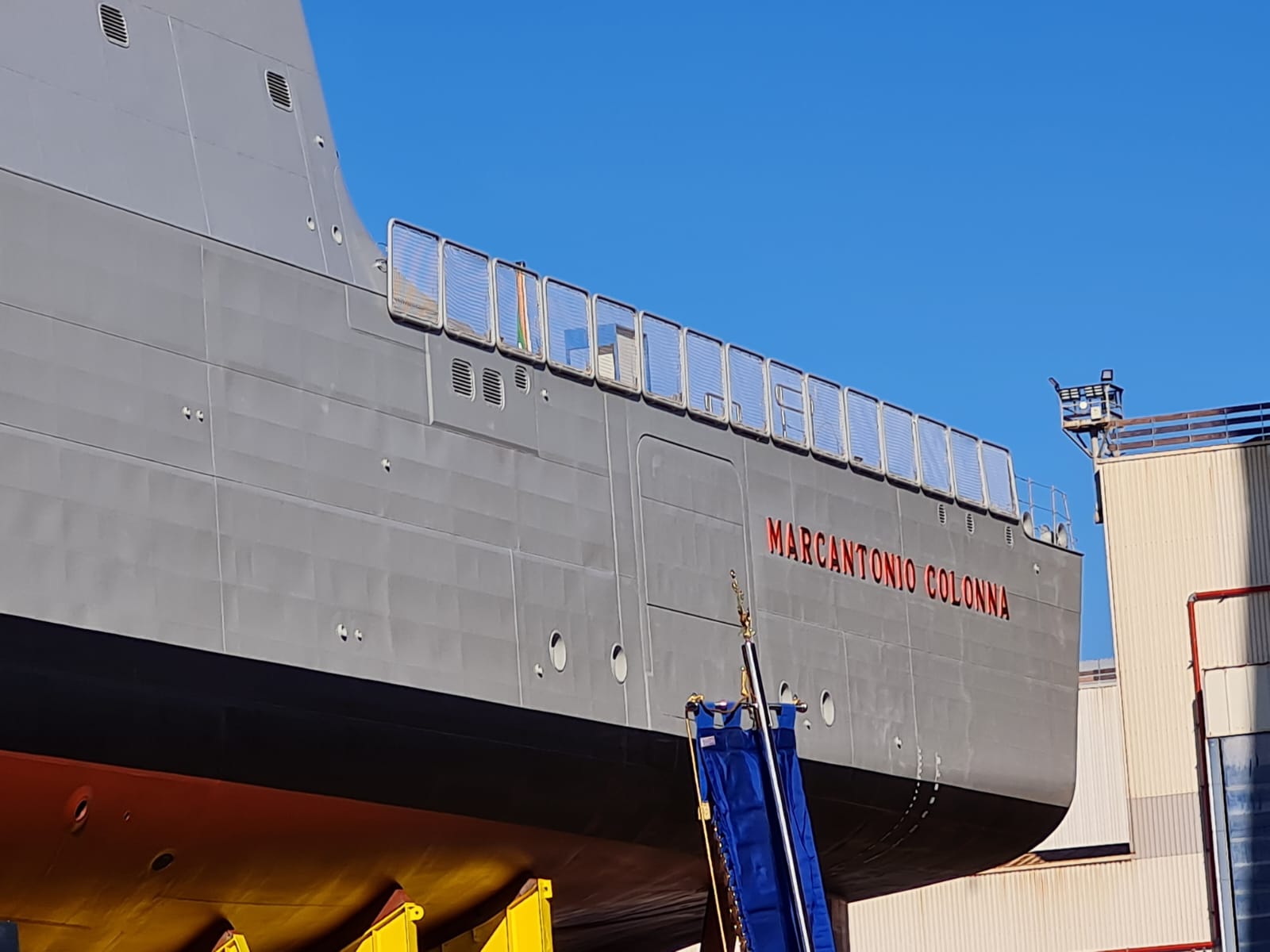 Under the supervision of OCCAR-EA PPA Programme Division and the Italian Naval Armament Directorate, the fifth PPA is now ready to move to the Muggiano shipyard to continue its technical activities.

PPA Marcantonio Colonna is planned to be delivered to the Italian Navy by the end of 2024. 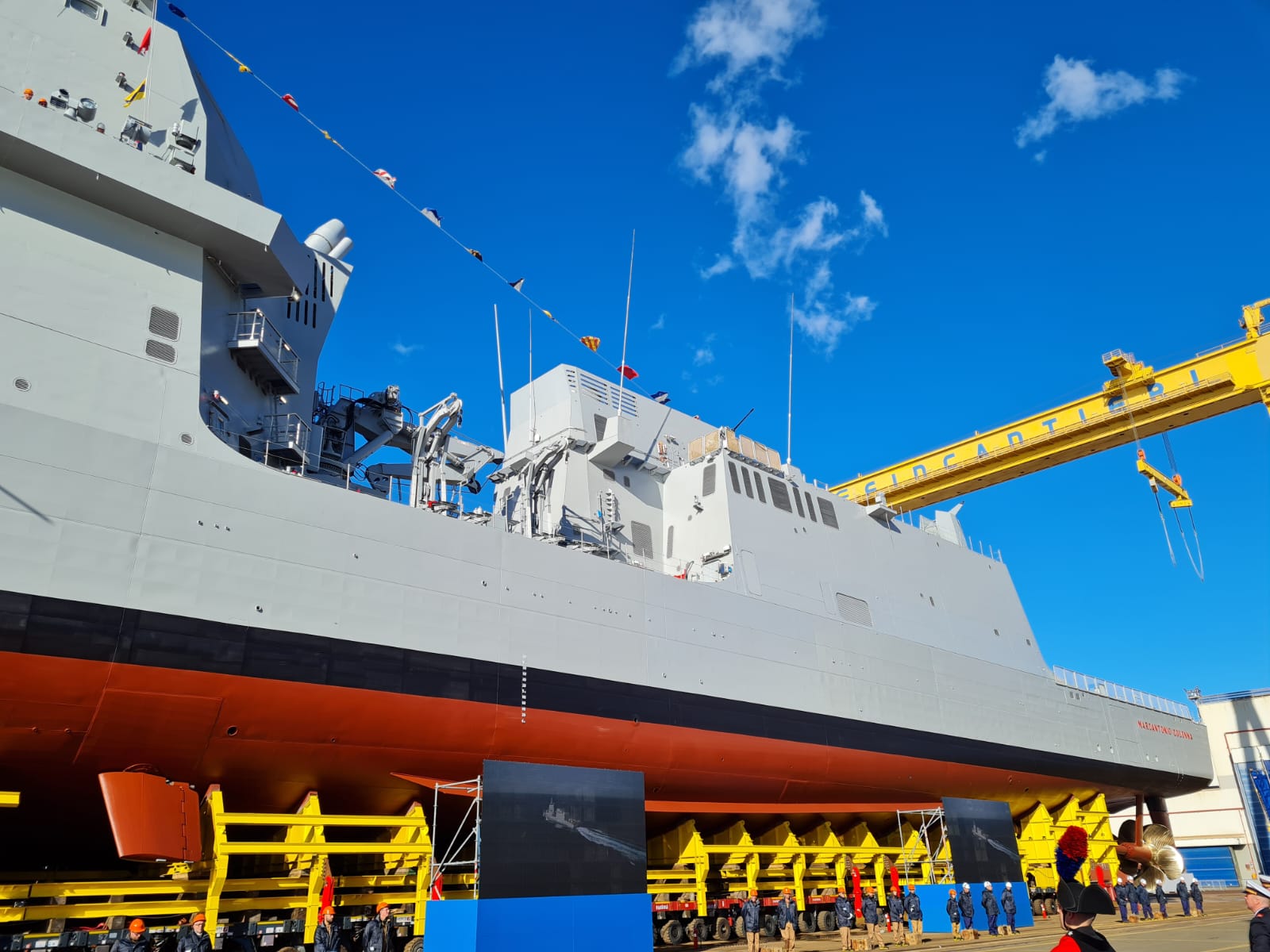