On 19 May 2021, the OCCAR-EA Director spoke at the 19th Congress on European Security and Defence (Berlin Security Conference) organised by Behörden Spiegel, on the theme “Europe – a cohesive bond for strong power”.

The Berlin Security Conference is one of Europe’s largest security and defence policy events, with the Czech Republic acting as the partner country for this year’s event. It brings together key political and military decision-makers, including Ministers / State Secretaries, EU Commissioners and business leaders that offer their vision for ensuring a stronger European Security and Defence environment.

Specifically, the OCCAR-EA Director highlighted the need for further and deeper cooperation in Defence procurement in the EU as the only way to effectively manage resources, to achieve consistent and standardised results, and to support EU industries. Cooperation is the only way to manage static defence budgets that are likely to continue to fall in this time of crises. The OCCAR-EA Director recognised that cooperation does bring challenges (such as the need to accept trade-offs as part of the process of harmonising of requirements), but this is far outweighed by the benefits, such as the sharing of costs, achievement of economies of scale, availability of state of the art technologies etc. But most importantly, cooperation in the current defence scenario helps to avoid duplications in defence systems such as the development by individual nations of similar defence equipment for the same operational needs, which is not cost-effective.

Cooperation is the core business of OCCAR (Organisation Conjointe de Coopération en matière d'Armement), an international organisation with the express mission to facilitate the management of cooperative armament programmes in Europe. There are six OCCAR Member States of OCCAR (Belgium, Germany, France, Italy, Spain and the United Kingdom) but a key characteristic of OCCAR is its openness to other nations that are able to join OCCAR managed Programmes and by doing so acquire the same rights in the relevant Programme as Member States.

Currently, OCCAR manages 16 Programmes with a portfolio of around 80 Billion€. This is expected to increase to up to 100 Billion€, following the completion of the integration process for new Programmes. OCCAR cooperates with all of the other main defence organisations operating in the European Defence environment such as EDA, NSPA and the European Commission (through DG DEFIS for Programmes co-funded by the EU under the EDIDP initiative). To extend EU cooperation to the next stage of the European Defence Fund (EDF) will represent a real opportunity for both OCCAR and the EU. 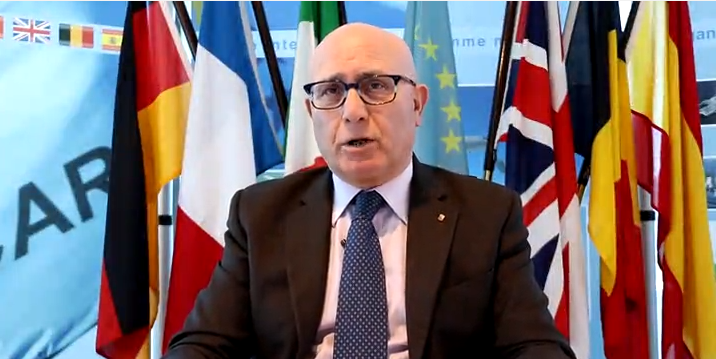