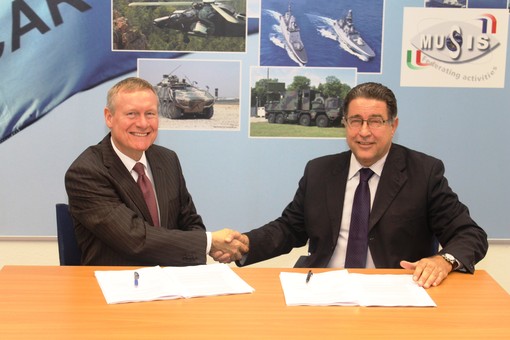 The contract was signed by OCCAR-EA Director Tim Rowntree and Thales Alenia Space Italia Defence Sales & Marketing Manager Maurizio Giuliano at the OCCAR-EA headquarters in Bonn. The Phase B-2 contract award, which was achieved after a year of preparation by Industry, national Official Services and OCCAR-EA, is a major milestone for the progress of the MUSIS FA Programme and will form the basis for potential future Development & Production phases.

The MUSIS FA Phase B-2 study contract is concerned with the final definition of the “Common Interoperability Layer” (CIL) connecting the French and Italian national ground segments. The main objectives of Phase B-2 are the definition of CIL requirements, the definition of its architecture including security and operational scenarios and the provision of a reliable “Value for Money” study on the next programme phases (Development & Production).

MUSIS is a cooperative endeavour for surveillance, reconnaissance and observation that will connect complementary European military or dual-use next generation satellite systems. Under the name MUSIS Federating Activities (FA), France and Italy have established an ad hoc cooperation with the aim to interconnect their national space systems and guarantee mutual access by national users. The Italian space system CSG (Cosmo SkyMed Seconda Generazione) will generate radar images while the French CSO (Composante Spatiale Optique) will acquire optical pictures. The MUSIS FA Programme was integrated into OCCAR in 2011.

Other European States, working together in the framework of the EDA MUSIS Cat B Project, show continued interest in these activities and may join the subsequent Phases. 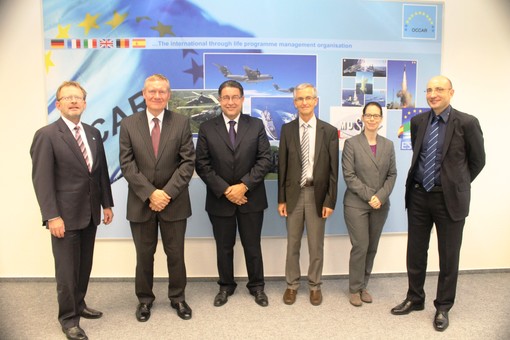