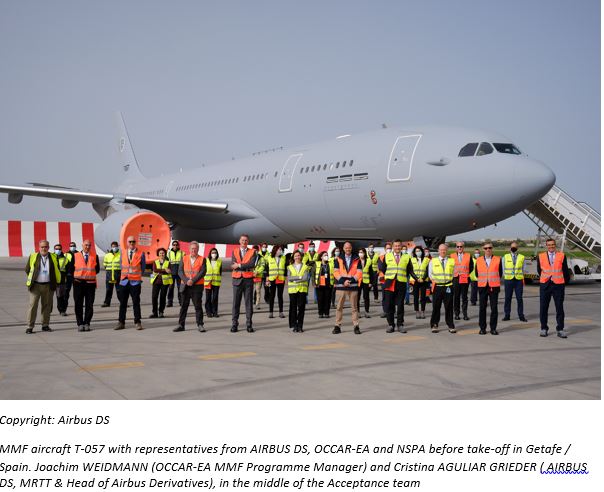 The delivery of the fourth MMF aircraft marks another important milestone in the MMF acquisition agreement managed by OCCAR-EA. OCCAR-EA is proud to deliver this forth MMF aircraft to the customer on time, in budget and on performance. Key factors in this success were MMF Nations trust in the ability of NSPA (NATO Support and Procurement Agency) and OCCAR-EA to manage the programme efficiently and the willingness of the MMF team to succeed.

Due to bad weather conditions in Getafe/Spain at the beginning of this year, the acceptance process for the fourth MMF aircraft started with a four-week delay on 1 March, and was carried out after strict occupational safety measures to minimize COVID-19 exposure, which required special efforts from everyone.

Upon completion of the acceptance process, the ownership of the aircraft was transferred through OCCAR-EA from Airbus Defence and Space to NSPA, who manages the fleet on behalf of the MMF nations.

The first three aircraft were delivered between June and November 2020. The Multinational Multirole Tanker Transport Unit (MMU) is operating the aircraft from Eindhoven (NL) and Cologne (DE) for training purposes and deploy on operational tasks. The delivery of the fifth aircraft is planned for August this year.

The expected delivery of the last aircraft on order will be at the end of 2024.

The aircraft are owned by NATO and managed by NSPA with the support of OCCAR-EA on the acquisition phase and the Initial In-Service-Support. 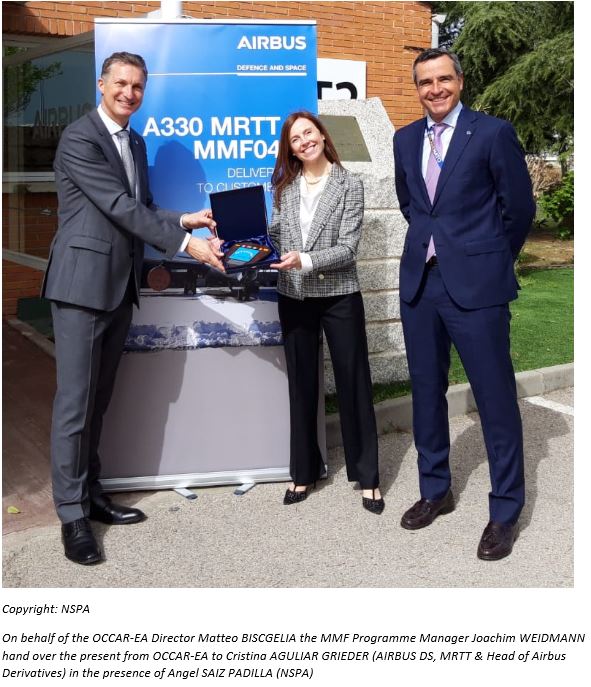