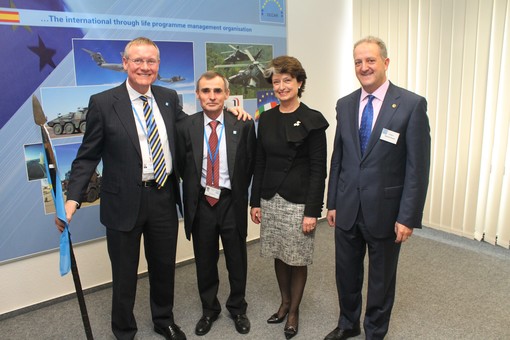 On 28th February 2013, Mr Patrick Bellouard symbolically handed back the OCCAR flag to General Arturo Alfonso MEIRIÑO, the Board of Supervisors Chairman, at his farewell event. General MEIRIÑO then passed the flag on to Mr. Tim Rowntree who takes on the role as OCCAR-EA Director from 1st March 2013. This act symbolises the official hand-over of the Director’s responsibilities between both gentlemen. The event took place at the OCCAR-EA headquarters in Bonn in the presence of the representatives of the OCCAR Board of Supervisors, Ms. Claude France Arnould, EDA Chief Executive, and delegations from OCCAR’s main industrial partners and senior OCCAR-EA Staff members.

General Arturo Alfonso MEIRIÑO and Ms. Claude-France Arnould thanked Mr Bellouard for his efforts, dedication and enthusiasm and congratulated him on the many achievements during his mandate. They also welcomed Mr Rowntree as new Director and are looking forward to work closely with him to continue the good work already underway and to further improve armaments cooperation in Europe. 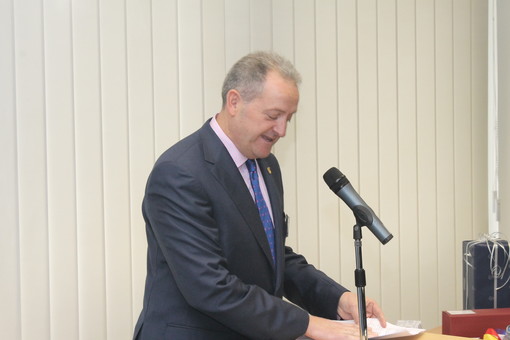 Gen. Meirino giving the farewell speech in name of the BoS 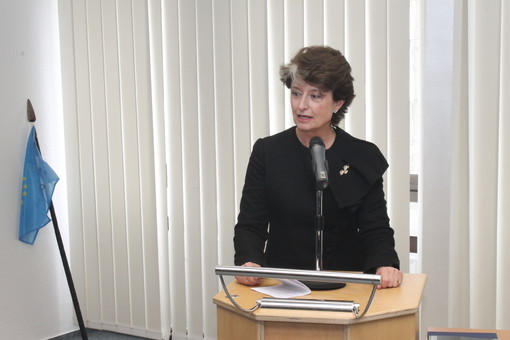 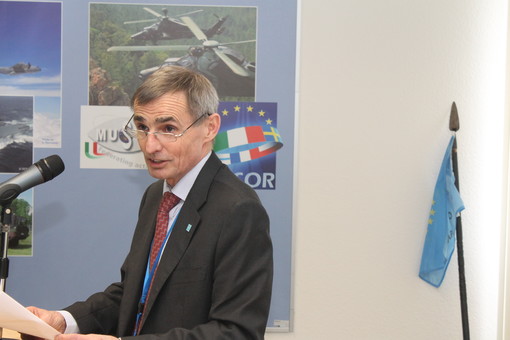