On 22 August 2016, OCCAR awarded on behalf of the Republic of Lithuania a contract for the procurement of BOXER Infantry Fighting Vehicles to the BOXER manufacturer ARTEC GmbH.

The contract was signed in Vilnius by the Lithuanian Minister of National Defence, Dr. Juozas Olekas, OCCAR Director Tim Rowntree and the ARTEC Chief Executive Officers Stefan Lischka and Christoph Heumann. The ceremony was witnessed by German, Netherlands and Lithuanian officials and by representatives from Krauss-Maffei Wegmann and Rheinmetall MAN Military Vehicles, the shareholders of ARTEC GmbH. 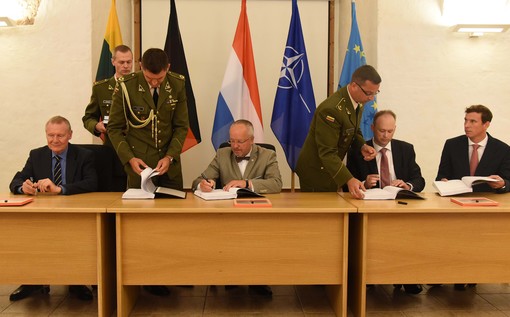 The contract includes the delivery of 88 BOXER in four Infantry Fighting Vehicle versions developed for Lithuania which will be called “Vilkas” within the Lithuanian Armed Forces. The Infantry Fighting Vehicles will be equipped with a remote controlled turret with a 30 mm cannon and an anti-tank missile. First Lithuanian BOXER vehicles will be delivered by the end of 2017. The BOXER vehicle will provide the Lithuanian Army on short term with a state of the art, mechanised infantry capability. 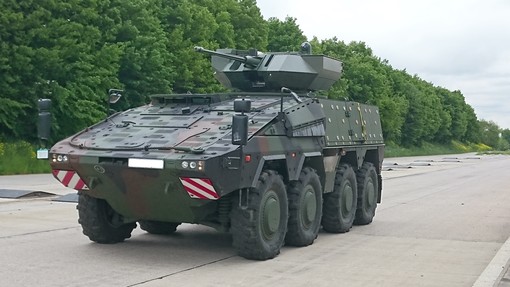 The BOXER multi-role armoured vehicle was developed by ARTEC for Germany and the Netherlands which had tasked OCCAR to execute the BOXER Programme as their joint management organisation. The BOXER vehicle comprises a modular design with a common drive module and exchangeable mission- and nation-specific mission modules. The BOXER entered into service in 2009 and has proven its high performance, combat readiness and reliability during its successful deployment to Afghanistan. The Lithuanian order increases the total number of BOXER vehicles to be produced to nearly 700.