On 05 July 2021, a ceremony was held in OCCAR-EA premises (Paris area) to celebrate the signature of the Amendment 8 to the “Sustainment & Enhancement” contract to launch the Mid-Life-Update (MLU) production of ASTER missiles for Italy and the United Kingdom.

This strategic contract, which follows the Amendment 5 signed by OCCAR-EA in January 2020 on behalf of DGA, will allow the five Services (FR, IT, UK, IT Army and FR Air Force) of the three Programme Participating Nations (IT, UK, FR) to extend the operational availability of their ASTER missiles stockpile. The global MLU production Programme will cover the retrofit of about 1000 ASTER missiles, starting from 2023 for the following 13 years, with a total value of more than 1.2 billion euros. Thanks to the cooperative approach, the MLU Programme agreed amongst the three Nations took advantage of a common ASTER MLU kit price negotiated by OCCAR-EA in 2019, providing significant financial benefits.

In addition, it is important to highlight that the contracts will provide a key National capability in the field of ASTER missile maintenance, since the embodiment of the MLU kits will be undertaken in the premises selected by the three Nations: MBDA France (Selles-Saint-Denis) for France, CIMA[4]  Aulla for Italy and DMG[5] for the United Kingdom. The activities performed in the Italian and United Kingdom facilities will be technically supported by MBDA and that includes the disposal of the replaced missile parts in line with the latest environmental standards.

This significant achievement is the latest step reached by OCCAR-EA in the FSAF-PAAMS Programme and follows shortly after another key milestone, the launch of the new French-Italian SAMP/T NG development phase in March 2021. OCCAR-EA has demonstrated once more its capacity and efficiency in managing complex cooperative Defence Programmes, reinforcing OCCAR-EA as the recognised centre of excellence in Europe for the procurement of Defence systems on behalf of EU and all governmental entities. 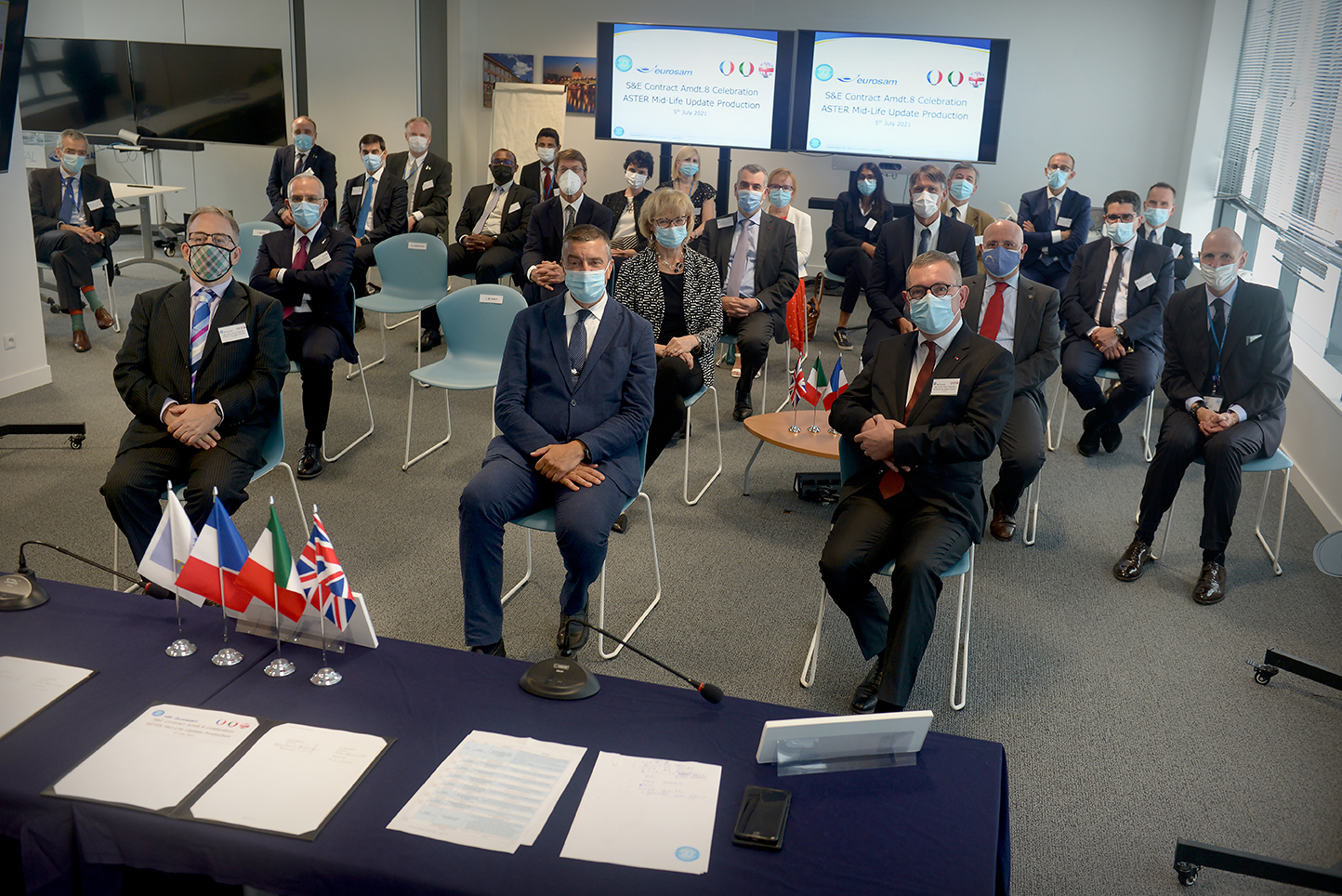 To learn more about the programme, please visit our website