On 12 December 2013, a further step was achieved with the decision by France to transfer two HAD-F to the 1st Combat Helicopter Regiment (“1er RHC”) in Phalsbourg, thus establishing the first French Tiger HAD operational unit more than six months in advance of the initial planning. Further HAD-F deliveries will take place next year to ramp-up this unit, which has also received its very first NH90 helicopters.

In comparison to the current HAP-F variant, the new HAD-F comes with significantly sharpened claws:

While 40 helicopters in HAP-F version were already delivered to the French forces in 2012, proving their combat effectiveness in several theatres like Afghanistan, Libya, Somalia and Mali, the growing HAD-F fleet is now spread over the 1er RHC in Phalsbourg, the Pilot Training School (École Franco Allemande in Le Luc, Provence) and the Army Operational Evaluation Center in Valence (GAMSTAT).

Under the long term, comprehensive In-Service Support mandate given by the three TIGER user states to OCCAR, the OCCAR TIGER Programme Division since 2012 has intensively developed various types of logistic support, encompassing the platform, engines and Government Furnished Equipment managed by OCCAR.

In the case of the HAD-F, the OCCAR TIGER Programme Division has extended the industrial logistic support to the 1er RHC with a strong involvement of the French Army and Airbus Helicopters. This process has been carried out several months in advance of the original planning. 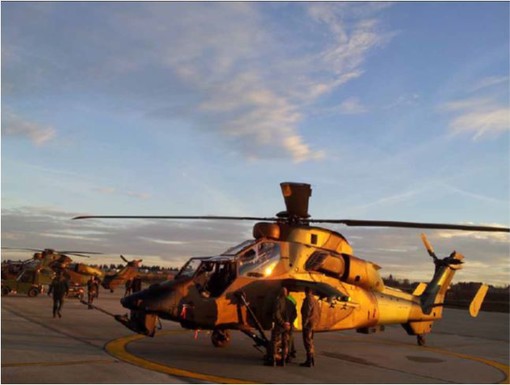