On 30 June 2009, the first flight of a TIGER Helicopter fitted with two MTR390 Enhanced Engines has been achieved.

The MTR390 Enhanced Engine will equip the French-Spanish HAD variant, as well as the German UHT variant (for the last 16 UHTs). Compared to the MTR390-2C which currently equips the HAP and UHT variants, the Enhanced Engine brings additional power (+14%) in an extended range of temperature (especially hot weather). It enables the HAD variant to have a Maximum Take-Off Weight increased from 6.1 to 6.6 tons.

This first flight represents a major step for the TIGER capability in general and for the HAD programme in particular. 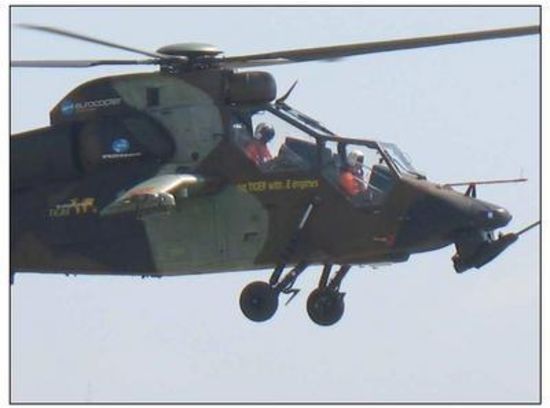