March 24th, 2022 was another milestone for ESSOR and the interoperability of Military tactical communications.

Successful tests demonstrated the ability of ESSOR technology to enable armies from different Member States to communicate on the battlefield using their own radios. ESSOR breaks the old paradigm where radios from different manufacturers cannot exchange voice communication or data.

These tests were performed in the laboratories of RADMOR in Poland using radios from four European radio manufacturers.[1]

This event was the opportunity for the ESSOR community to witness a concrete outcome of this programme as representatives from OCCAR, the European Commission and European ESSOR Nations met for the final test day. 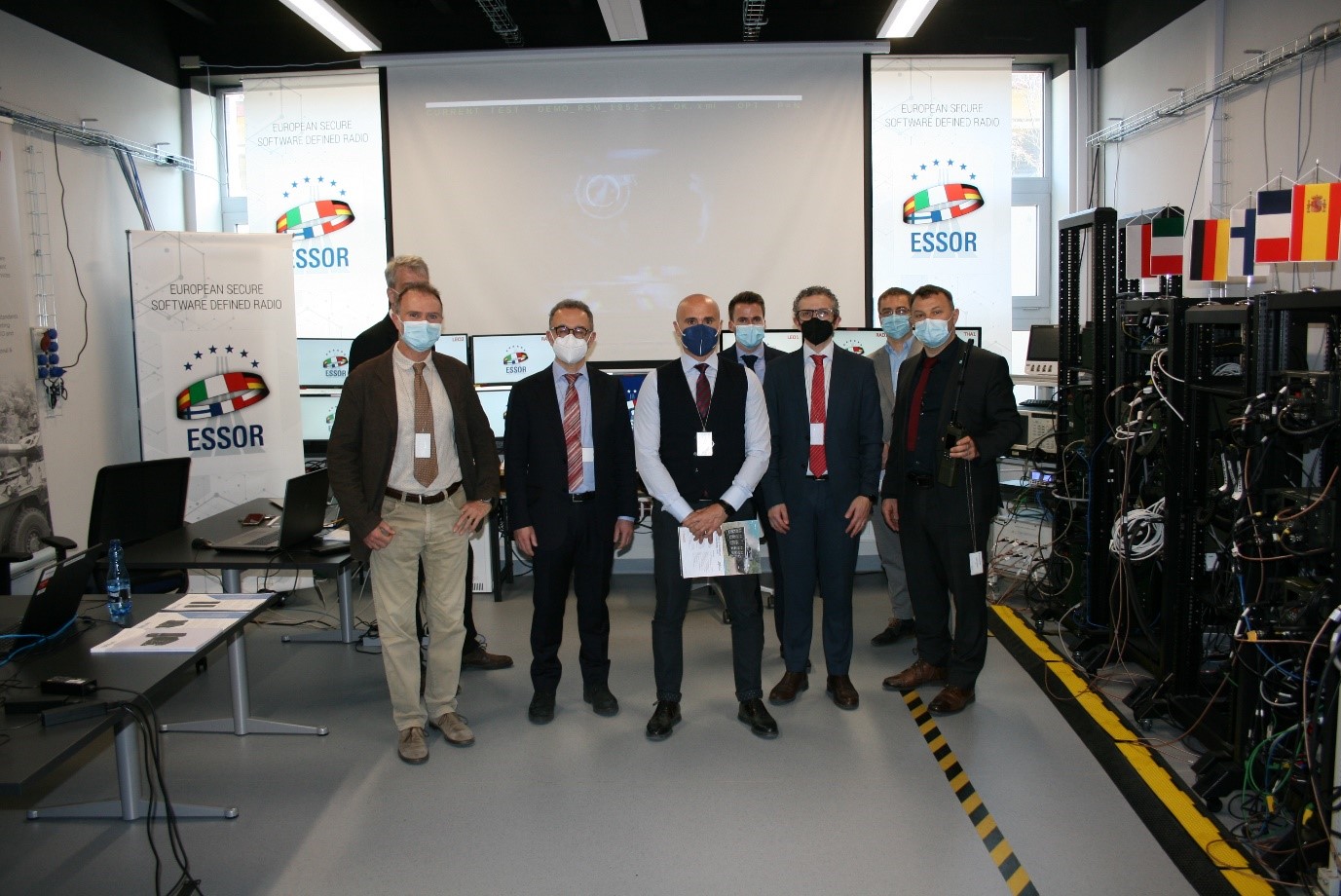 If you want to learn more about the ESSOR programme, please visit the website.