delivery of the 500th BOXER vehicle

On 7th February 2019 another major milestone in the BOXER Programme took place: the delivery of the 500th BOXER vehicle.
The vehicle was handed over by the manufacturer KMW at its facilities in Munich and it is a GTFzA2 variant (Gruppentransportfahrzeug). 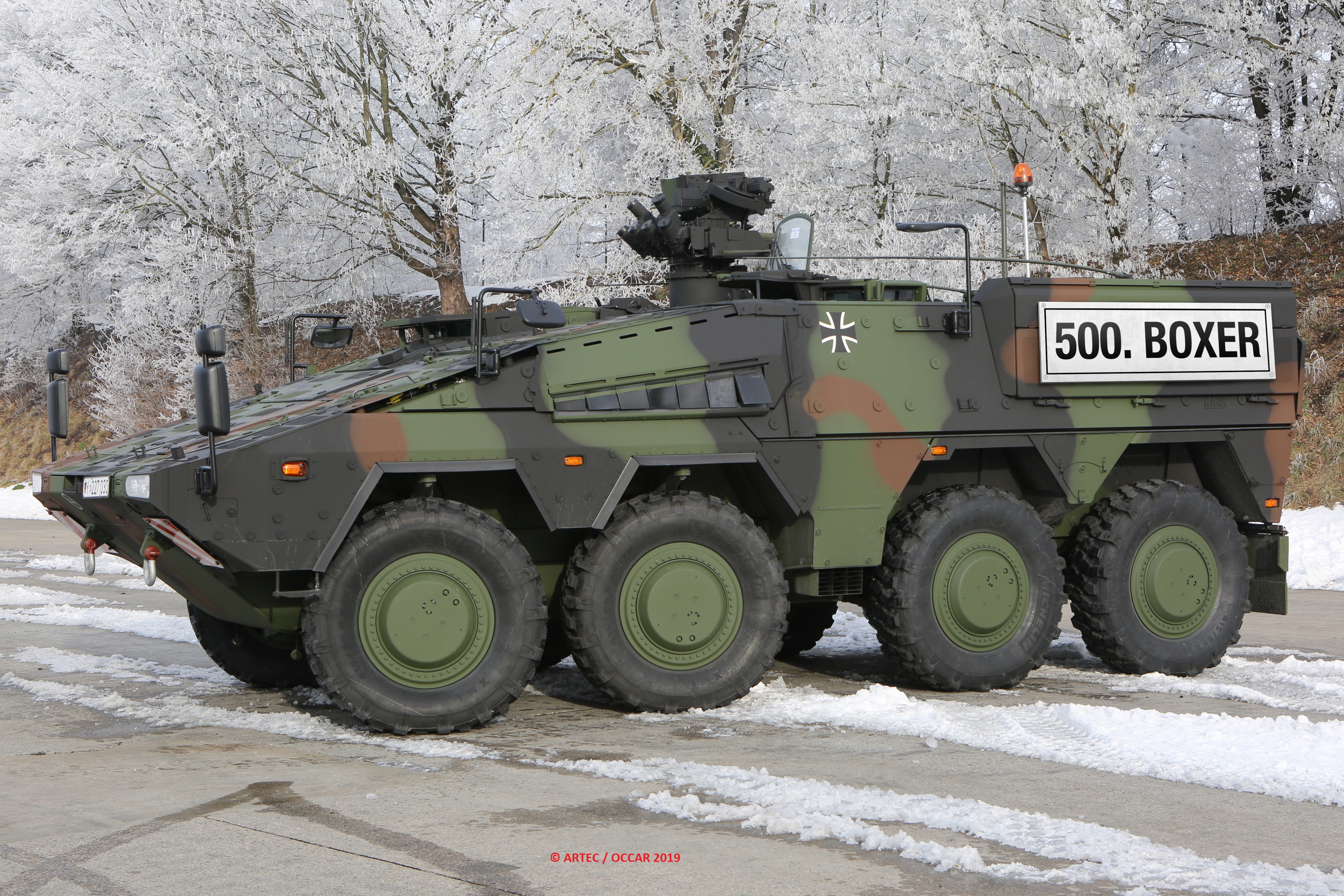 The GTFz variant of BOXER is one of four variants to be delivered to the German customer and is used as an Armoured Personnel Carrier. Other variants ordered for the German Bundeswehr are sgSanKfZ (Heavy Armoured Ambulance), FüFz (Command Post) and FahrSchFzg (Driver Training Vehicle).
The BOXER Programme is a major trilateral co-operation between Germany, the Netherlands and Lithuania managed by OCCAR. The total number of BOXER vehicles under contract is now 696.
Due to additional Nations and additional vehicles and variants for the current Programme Nations the number of vehicles might increase by more than 660 vehicles.