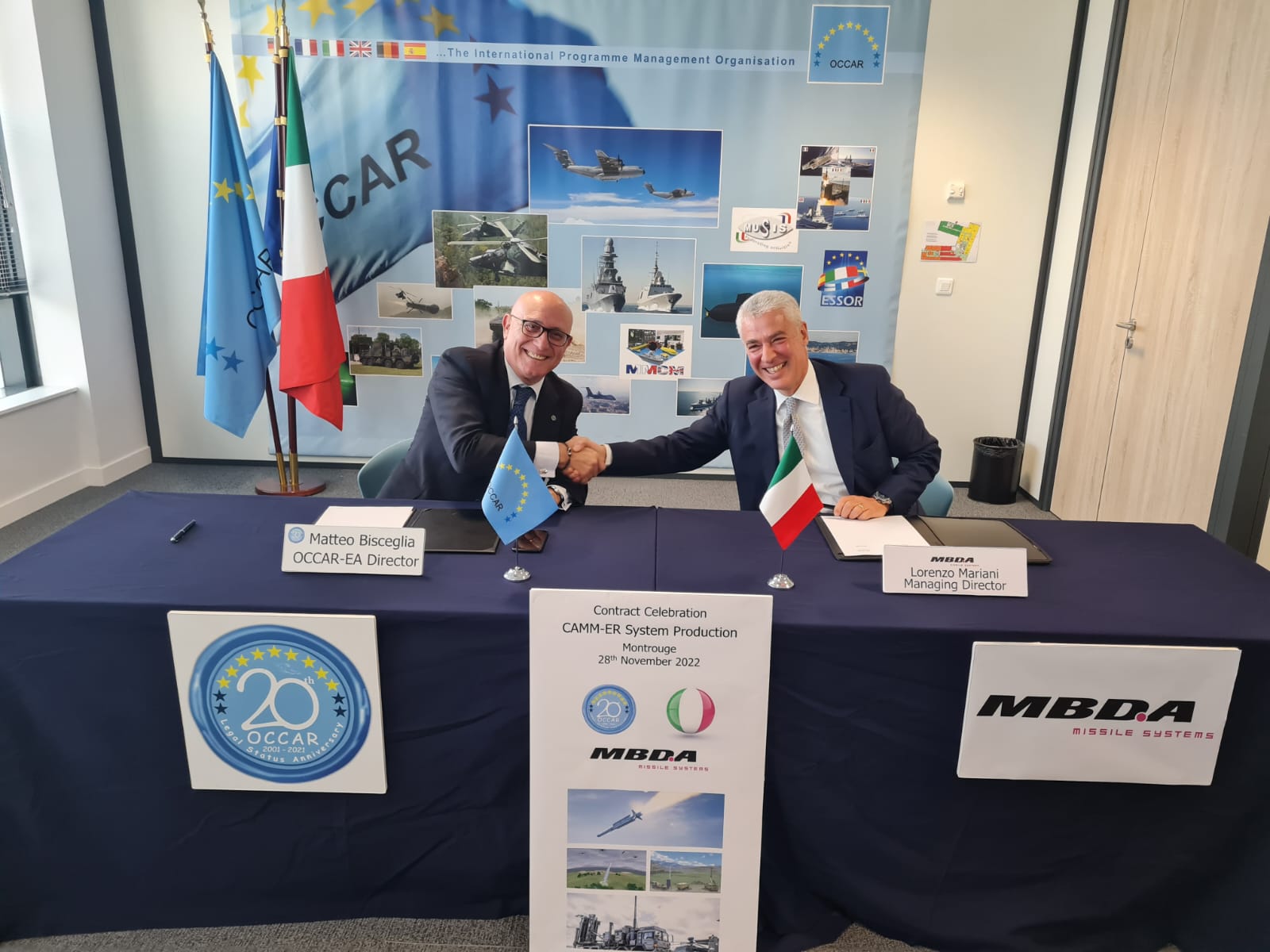 The contract was signed in the presence of the Deputy Italian National Armament Director, Vice Admiral Pier Federico BISCONTI.

The CAMM-ER Project will enable the acquisition of a Short Range Air Defence (SHORAD) capability for Italy through the procurement of a two variants missile system: MAADS (Modular Advance Anti-Air Systems) for the Italian Air Force and “GRIFO” for the Italian Army, both using the CAMM-ER ammunition. The CAMM-ER missile is effective against Air Breathing Threats (ABT), such as fighters and attack aircrafts, bombers, helicopters, cruise and anti-radiation missiles.

The signing of this production contract constitutes a fundamental "pillar" of a series of complex and challenging contractual activities finalised in less than one year by OCCAR-EA, which saw also the integration of the CAMM-ER Project Management Section into the existing FSAF-PAAMS Programme Division. During his address, the Director recognised the high level of effort undertaken by a number of stakeholders, including the Italian Government, OCCAR-EA (Central Office and FSAF-PAAMS PD) and MBDA. All have actively contributed towards the achievement of such significant and strategic objective and shown the utmost professionalism and a cooperative approach, to further the interests of the Italian Defence.  Finally, this contract will support future cooperation and further development of the European Defence industry.

If you want to learn more about the FSAF/PAAMS programme, please visit our website.