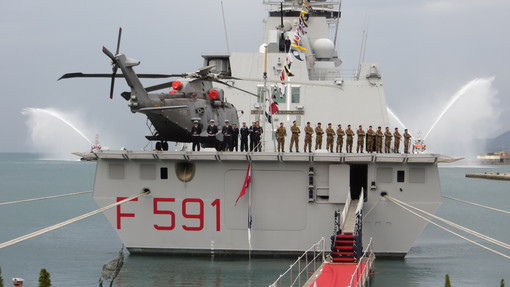 The ceremony for the delivery of the Battle Flag to frigate “Virginio Fasan” took place on the 5th November 2014 in the wonderful environment of Piazza Unità d’Italia in Trieste. 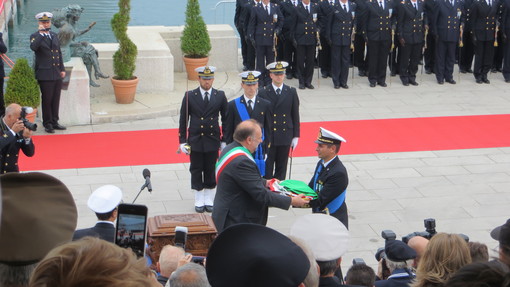 The commander of the ship, CDR Marco Bagni, receives the Battle Flag from Mr. Roberto Cosolini (Major of Trieste)

Traditionally, this event marks the entrance of a warship into the fleet, meaning that from now on the frigate Fasan, the FREMM First of Class in the Anti Submarine Warfare version, can be employed in the operational roles it has been designed for.

In actual fact, however, the FASAN has since its delivery in December 2013 and following an intensive training period, been involved in operation “Mare Nostrum”, contributing to the rescue of more than a thousand human lives. 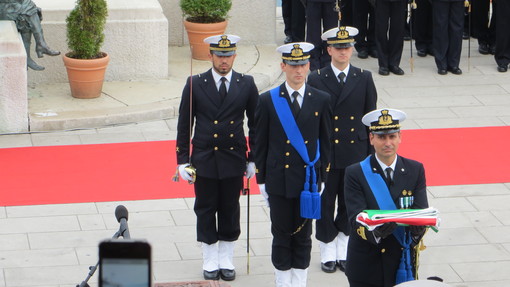 At the political level it was underlined that the FREMM ships are well designed for “dual use”, with a high level of flexibility which allows them to fulfil very well the role of support ships in Civil-Military Cooperation. This has been successfully demonstrated during operation Mare Nostrum aiming at control of the Mediterranean Sea lines of communication and immigration flows. 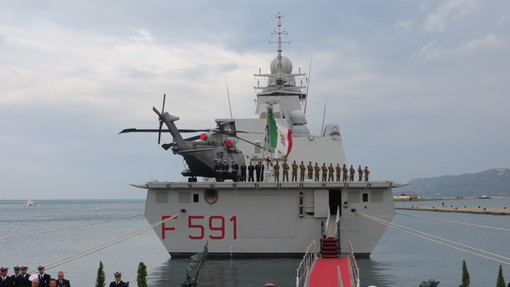 The Battle Flag on the Fasan