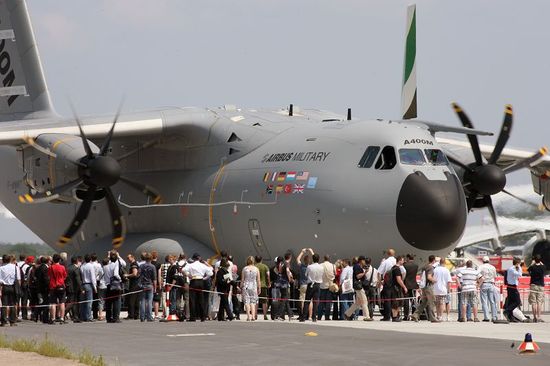 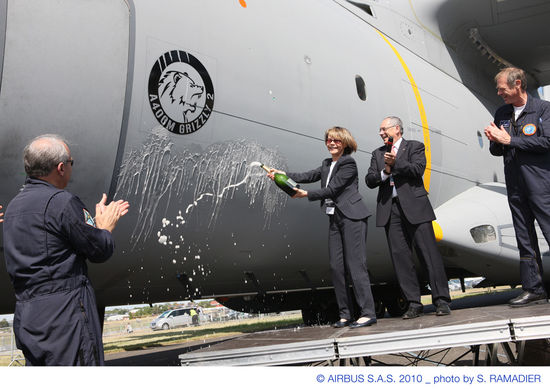 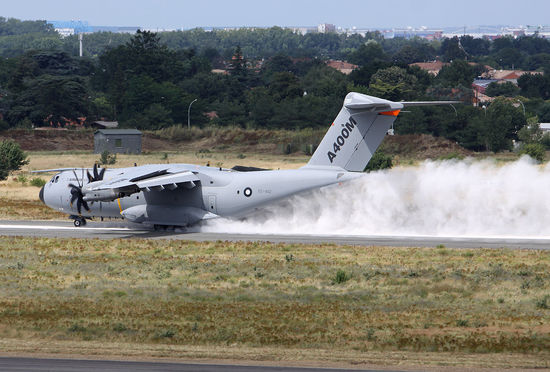 Some spectacular tests were held, as can be seen in the third picture, the aircraft making high-speed runs on a layer of chalk balls (in Francazal, France) used to simulate a rough surface in preparation for rough field trials planned for later this year to ensure that the aircraft and procedures are ready for the real rough fields. Another important and spectacular test was made in Getafe with the MSN5000, which is the aircraft used for structural tests. The test was called the ultimate-load up-bend test for wings and was completed successfully. The wingtips of the full-size A400M static test specimen moved upwards 1.41m (4.6ft) during the test, as also can be seen in the