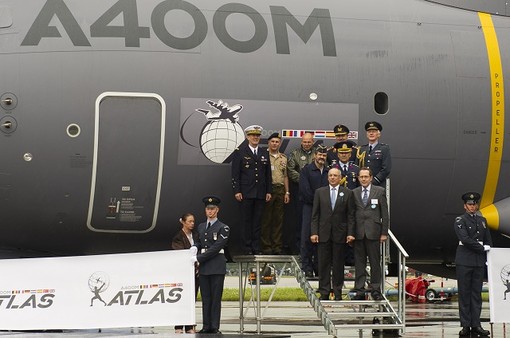 The A400M transport aircraft was officially named Atlas ahead of the Farnborough Airshow 2012 on 6 July.