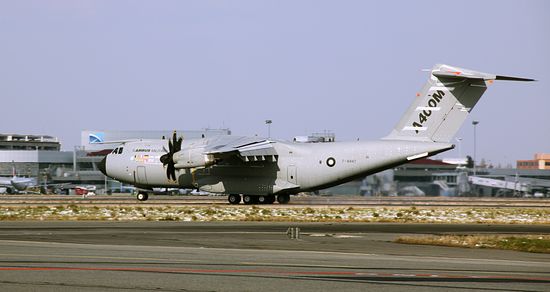 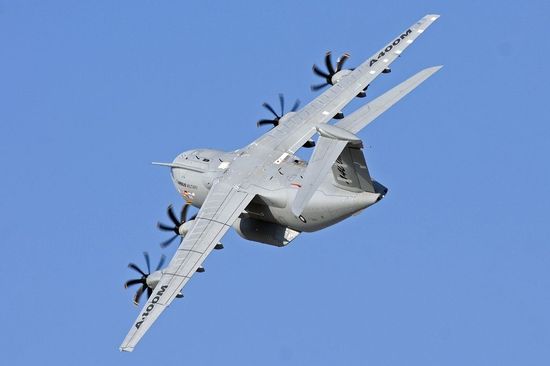 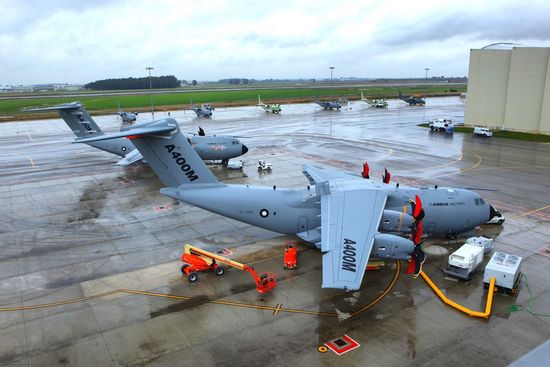 The MSN001, the first A400M prototype, landed on Tuesday 09 March in a very cold afternoon, in the runways of Toulouse Airport, in a direct flight from Seville (Spain). The aircraft is heavy instrumented with 22 tonnes of Flight Test Instrumentation (FTI). MSN001 new home will be Hangar M90 in Airbus St Martin-du-Touch premises, near Toulouse, where will continue with the flight test campaign. So far 10 flights and almost 40 hours of flights have been made.
The MSN002, the second prototype, was handover last weekend to flight test crew and will made his maiden flight before the end of the month. This aircraft will remain in Seville. MSN003 is being assembled in the Final Assembly Line (FAL) in Seville”.