A400M MADE HIS FIRST FLIGHT 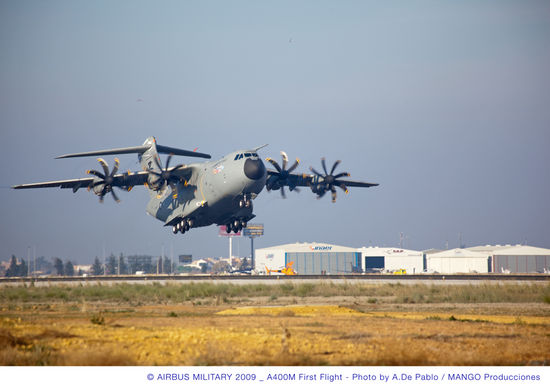 The first flight of the MSN001, which is the first prototype of the A400M aircraft, has taken place in Seville (Spain) on Friday 11 December 2009.The duration of the flight was 3:48 hours.

During the flight, the crew, which consist in pilots and flight engineers, made several tests in accordance with the flight test plans. All recorded data have been received live in the telemetry centres of Seville and Toulouse and will be consequently analysed. The aircraft was carrying around 22 tonnes of flight test instrumentation.

The first flight of the A400M is a very important contractual milestone where all efforts from Nations and Industry are converging since the Contract for the design, development, manufacture and delivery of the A400M signature between OCCAR and AMSL in May 2003. It is also the starting of the flight test period which will last the next two years.

Next flight of the MSN001 is expected to be very soon and from then the aircraft will be based in Toulouse (France) for the continuation of the flight tests activities. A second prototype, the MSN002, now being assembled in Airbus Military Final Assembly Line in Seville, is expected to flight during the first trimester 2010 and will join the flight test programme.

The A400M will be operating in the Air Forces of Belgium, France, Germany, Spain, Turkey and the United Kingdom. A total of 180 aircraft are to be delivered in accordance with the current contract. Malaysia has also ordered 4 aircraft as export customer. 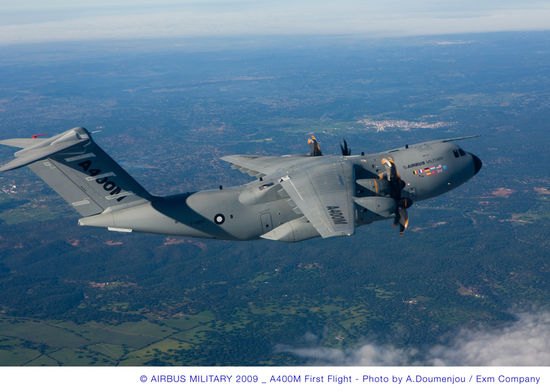 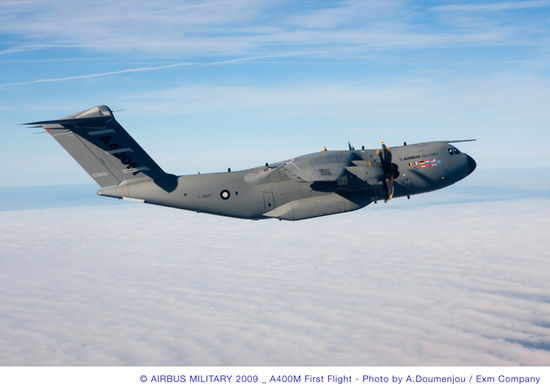 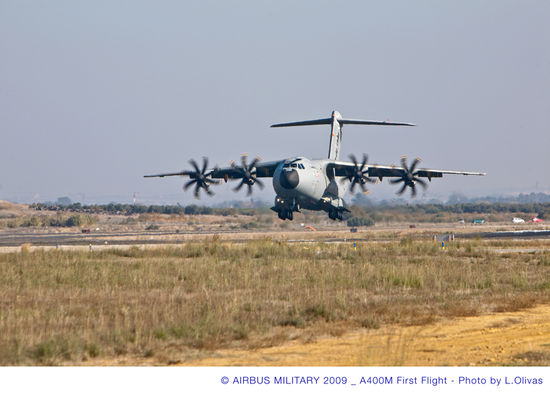 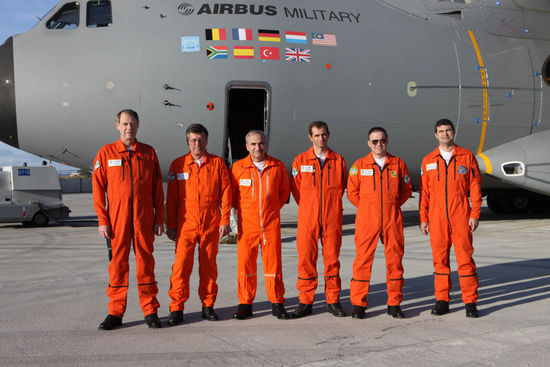 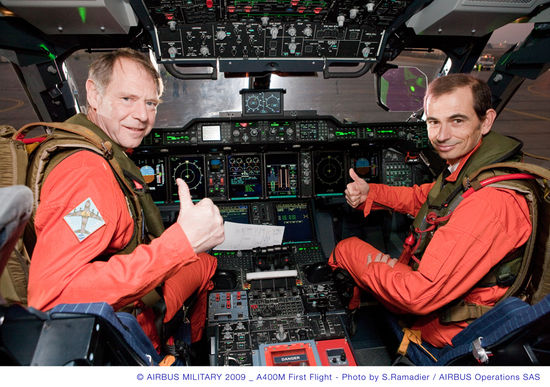 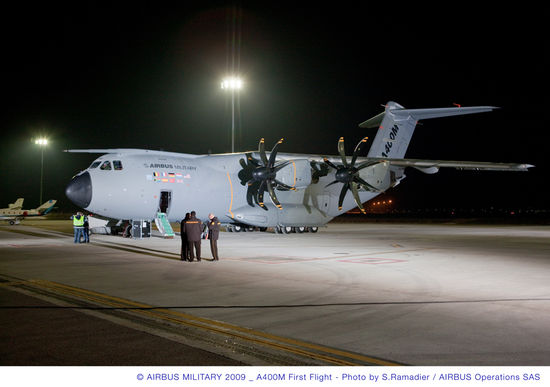 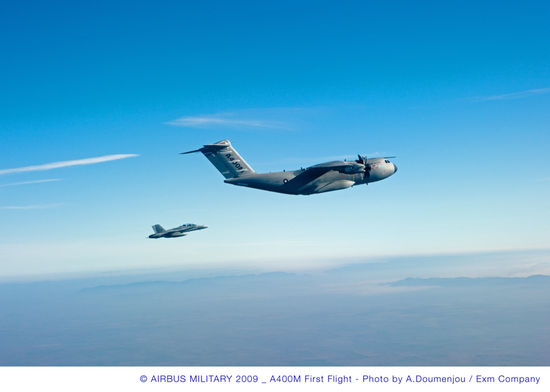