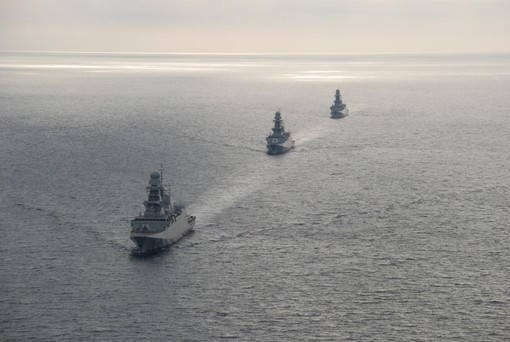 On 26 September 2013, in La Spezia bay, a great day occurred for OCCAR, OSN and the Italian Navy. Three IT FREMM ships, ITS Carlo BERGAMINI (already delivered to the Italian Navy and now engaged in completing some minor works after the official acceptance by the Italian Navy on 29 May 2013), Virginio FASAN (engaged in Platform and Combat system preparatory trials for the delivery to the Navy) and Carlo MARGOTTINI (at her first sea going) were together at sea. This unique event gives proof of the high level of synergy among Industry, OCCAR and the Italian Navy by respecting the planned objectives and the capability and attitude to work together.

The three ships, while performing the scheduled activities, were able to carry out impressive and outstanding kinematic manoeuvres, recorded by two Helicopters, anticipating for the first time the future “normal operation” and the ability to work together as a “FREMM task force”.

After several manoeuvres, the three ships positively concluded their combined work, with the full satisfaction and the pride of OCCAR and its FREMM Programme Division. ITS Virginio FASAN and Carlo MARGOTTINI continued their own programme schedule of trials into the evening.

At the end of the day the final balance was absolutely satisfactory: all the scheduled trials were carried out without any significant defect recorded, showing once again the level of maturity achieved by the FREMM Programme and giving a good feeling with respect of the next High Level Obiectives to be reached, such as the Final Official Acceptance by the IT Navy of Virginio FASAN in December 2013 and Carlo MARGOTTINI in mid-February 2014. Overall the entire programme runs according to the original schedule. 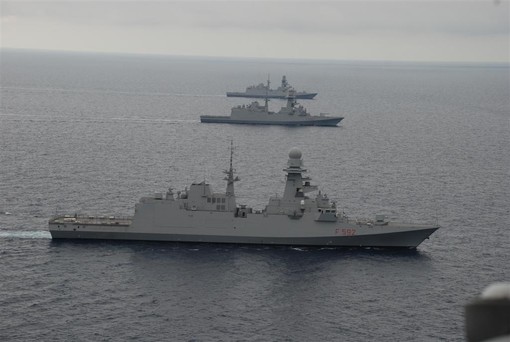 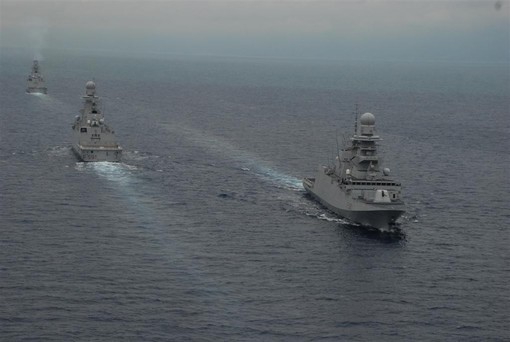 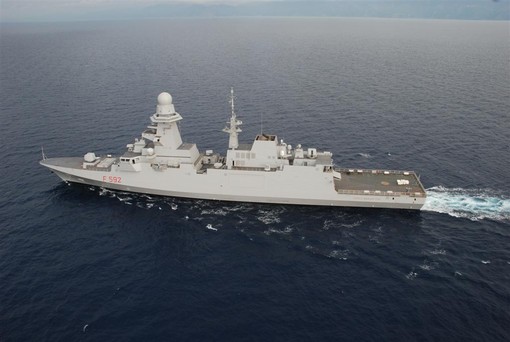