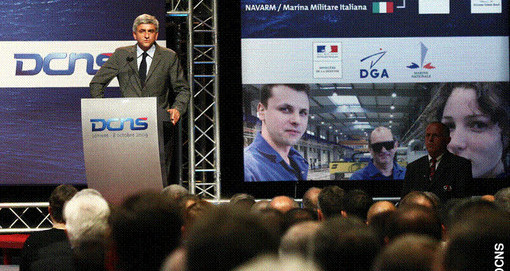 Hervé Morin, FR Minister of Defence, conducting the ceremonial cutting in Lorient of the first steel for FR Frigate Normandy