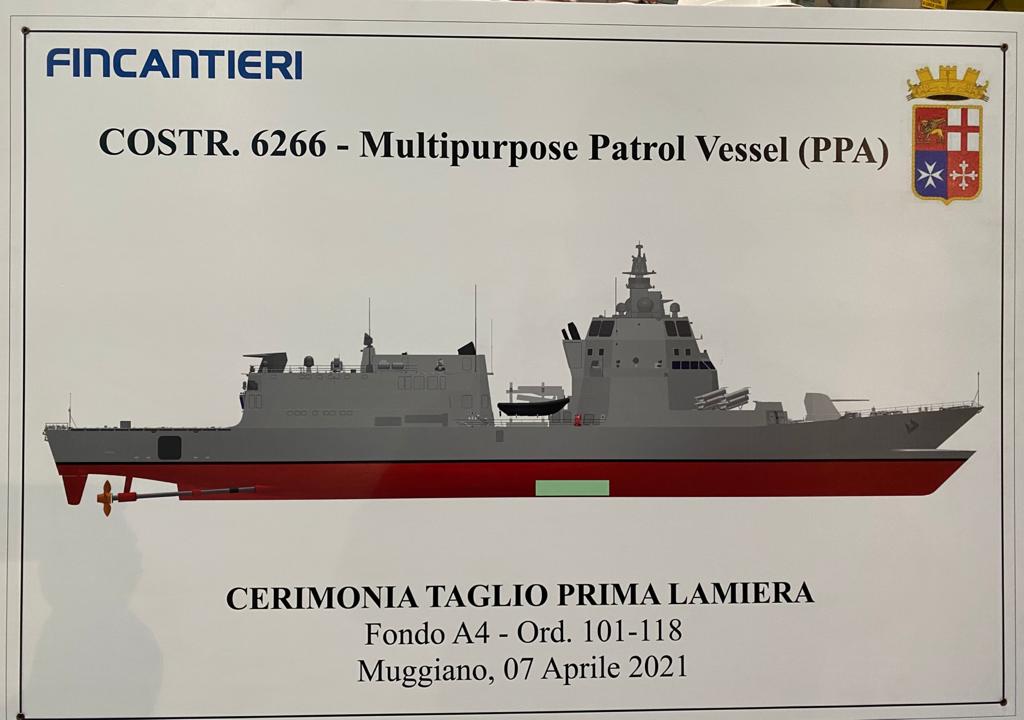 The ceremony was held in compliance with Covid-19 regulations. 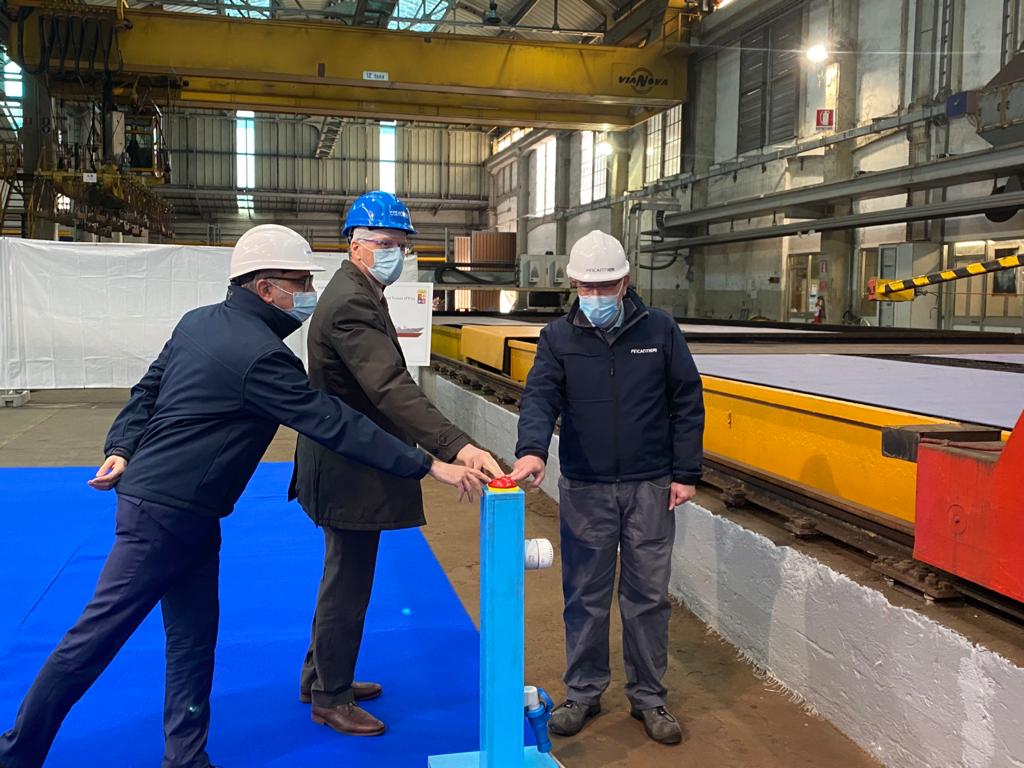 PPA Class will consist of seven ships and will be made up of three different configurations, depending on the Combat System complexity:
LIGHT” with a complete set of artillery,
“LIGHT PLUS” which adds missile firing capability with actuators planned also for ballistic missile defence, and
“FULL”, equipped to cope with three-dimensional threats (air, surface and underwater).

PPA6 will be the 3rd ship of the Class in “LIGHT PLUS” configuration.

The LIGHT PLUS version, as well as the “LIGHT”, has been developed with the “fitted for” approach; FULL version SubSystems can quickly be deployed also on LIGHT and LIGHT PLUS, facilitating operational flexibility and growing capability during the vessel’s life.

PPA6 First Steel Cutting is an important Programme Milestone and took place four months in advance of the contract schedule.

The ship is planned to be launched during summer 2023 and delivered to the Italian Navy two years later, in 2025. 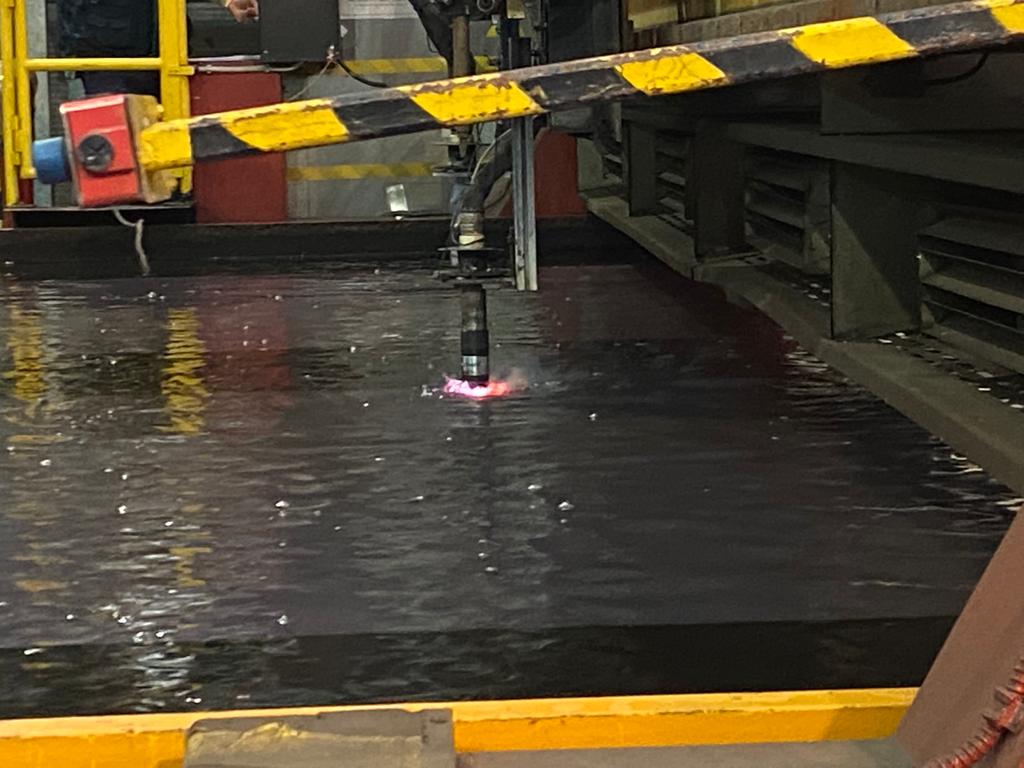