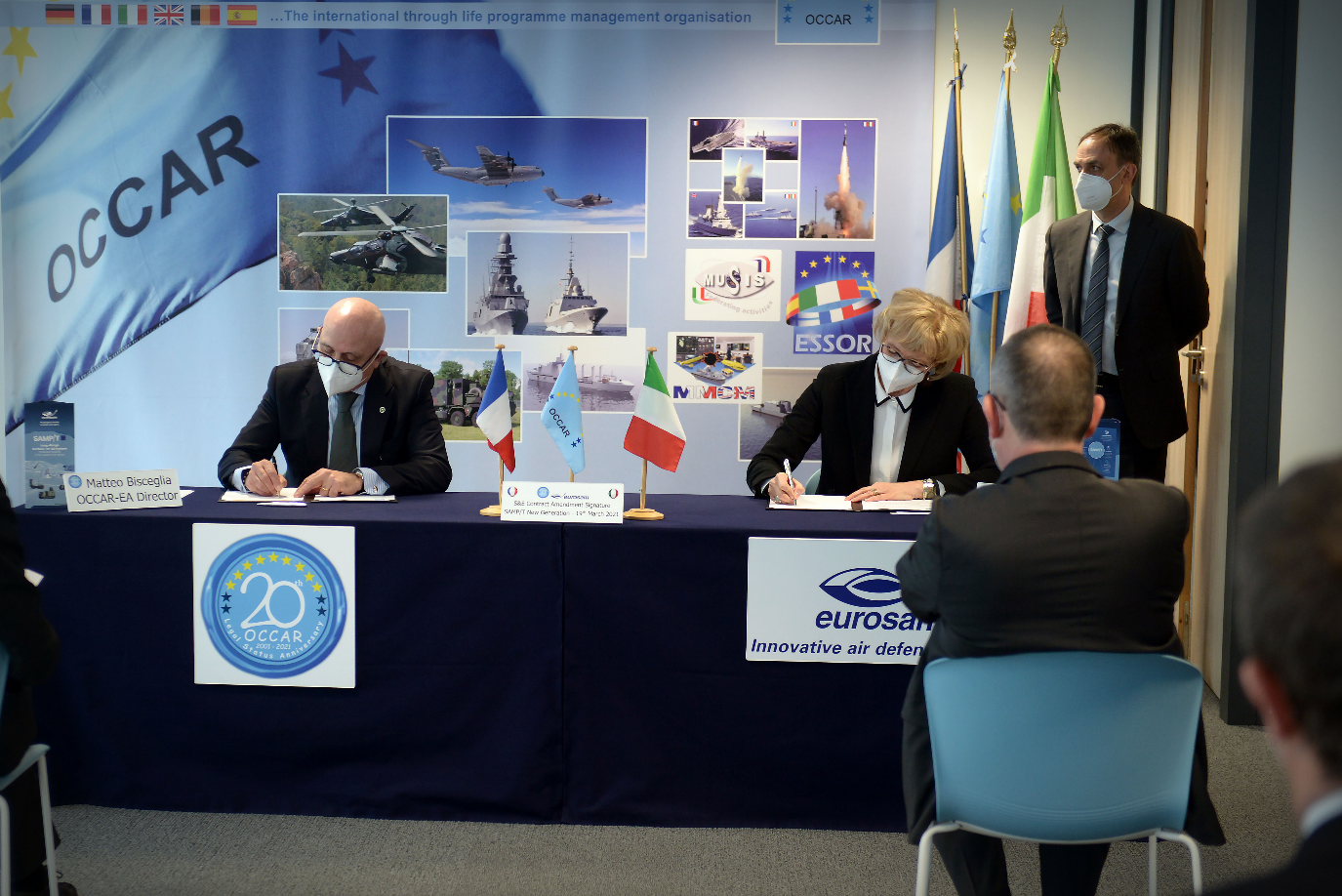 Director of the OCCAR-EA Matteo Bisceglia and Managing Director of Eurosam Eva Bruxmeier signing in Paris the contract for the development of the French-Italian next generation of ground to air medium range defence system SAMP/T NG (Sol Air Moyenne Portée Terrestre Nouvelle Génération).

The SAMP/T NG is a key evolution of the French-Italian air-defence system SAMP/T to face future threats, such as tactical ballistic missile, cruise missiles or aircraft that will become more rapid, more furtive and more manoeuvrable in the years to come. For that purpose, SAMP/T NG will be based on new multifunction fire control radars, combined with an innovative engagement module taking into account the operational feedback from French Air Force and Italian Army. This new system will be able to detect, identify, track and engage, in a complex jammed airspace, an increasing number of threats with a higher accuracy. SAMP/T NG will implement the ASTER 30 B1 New Technology (NT) missile with enhanced range and capability, so called “Enhanced Capability” (EC). 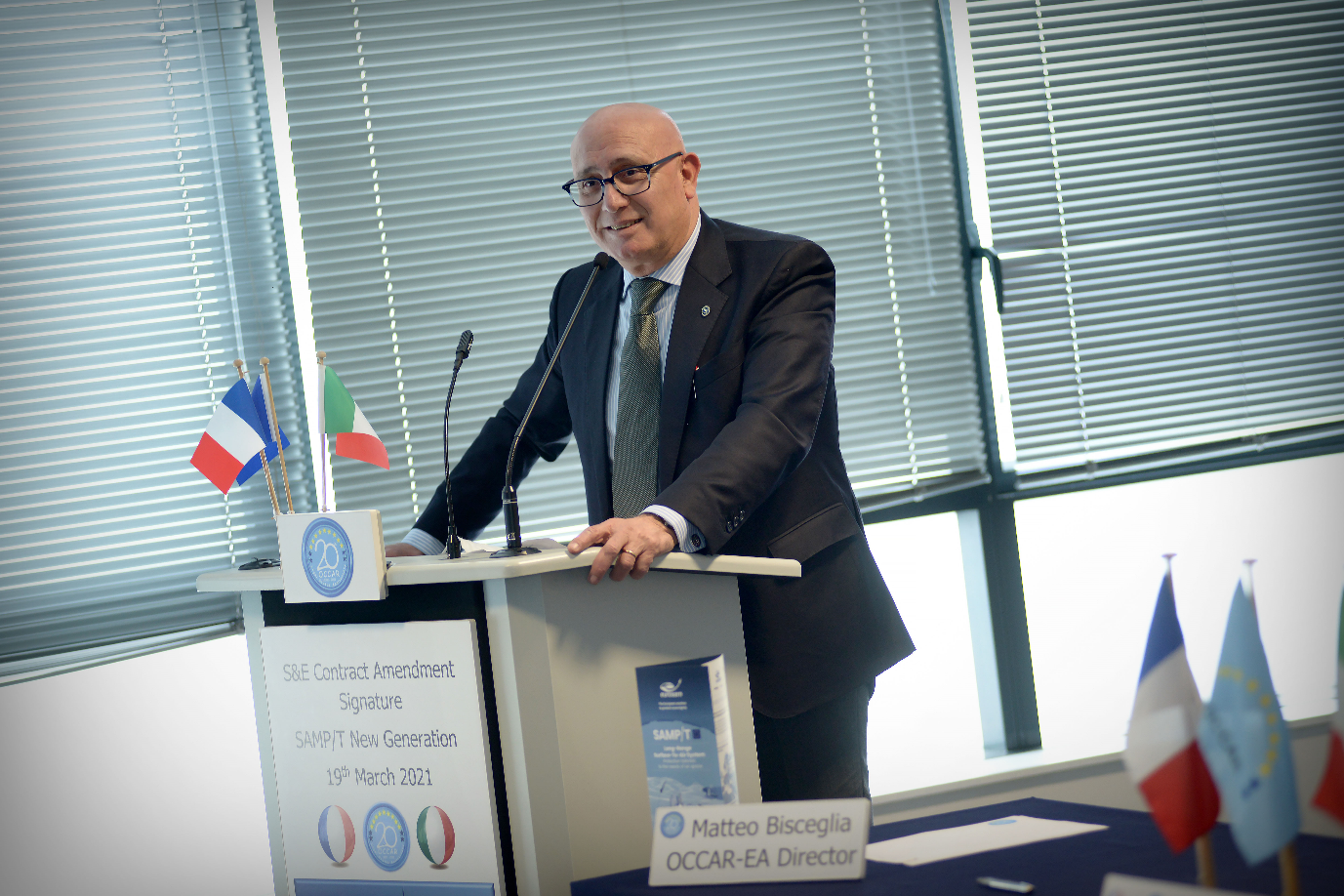 OCCAR-EA awarded the contract to Eurosam following a tight schedule agreed with France and Italy. This success was achieved thanks to the joint effort of OCCAR-EA, the DGA and SEGREDIFESA, in conjunction with a very responsive team from Eurosam and its member companies (MBDA France, MBDA Italy and THALES). After a joint mandate received from France and Italy in June 2019, OCCAR-EA began preparations and reached an agreement and harmonisation of the operational requirements between the French and Italian End-Users by December 2019. In March 2020, in order to cope with the difficulty to exchange with stakeholders, due to the COVID-19, OCCAR put in place a specific convergence sessions process with Nations and Industry in order to speed up agreement of the performance and technical contractual perimeter. This strategic process in this demanding period allowed the completion of the negotiation and agreement of the full contract in December 2020.

With the placement of the contract on the 19th of March 2021, OCCAR will manage a more than 1.5 Billion € development and production programme, that foresees the qualification of this complex system by 2025. In the following years, OCCAR-EA will be subsequently responsible for the In-Service Support phase of SAMP/T NG. 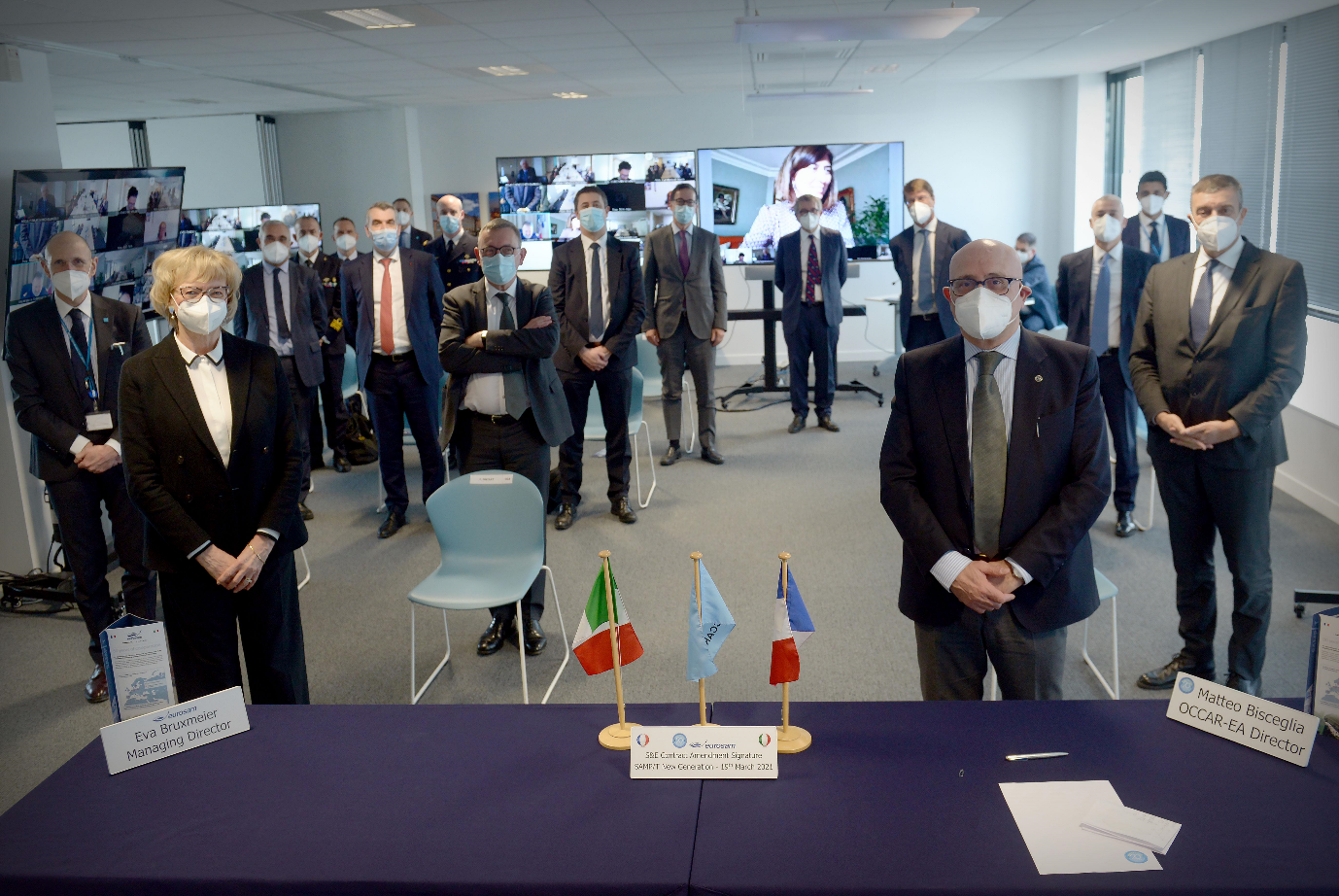 Director of OCCAR-EA Matteo Bisceglia and the Managing Director of Eurosam Eva Bruxmeier after signing the contract on behalf of the Direction Générale de l’Armement (DGA) for France and SEGREDIFESA for Italy.

This new cooperation emphasises the French and Italian willingness to reinforce their collaboration in air-defence programme, which started in the 1990s, and the trust of Nations in OCCAR’s ability to manage efficiently and timely complex European Defence Programmes.

With its legal framework established twenty years ago, OCCAR has a proven record of satisfying Participating States’ demanding needs of establishing new projects and delivering new defence capabilities, to which this project will add.