A new Radar Target Generator for the COBRA System

The RTG is designed to generate primary radar returns and can be placed in the Radar’s far field to operate as a Remote Target Generator. With a sliding horn antenna in elevation, it is possible to simulate target trajectories for the COBRA Radar.

The RTG will detect and preserve the radar pulse, apply a fixed and highly precise delay and retransmit the pulse with the appropriate power, pulse-width, frequency and Doppler shift. The RTG is the key element to test and verify the COBRA Radar performance with reproducible target trajectories.

The current RTG became obsolete and unreliable and the replacement with the HENSOLDT Sensors GmbH System was seen as the most economic one. This contract also emphasizes the commitment of HENDSOLDT in a trustful partnership with the OCCAR COBRA System and demonstrates the support for the challenges ahead in the ISS phase and the COBRA Mid-Life Update activities.

The COBRA Systems have been affected by the shift of the Nation’s operational requirements, particularly with the need for deployments over long periods, with either fixed or a small number of locations. The COBRA System is also now subject to more active 24/7 surveillance missions, in more diverse and often hostile scenarios.

This partnership underlines and reiterates the commitments of France and Germany in favour of reinforced European cooperation in the fields of Security and Defence and of development towards a more united, resilient and sovereign Europe. 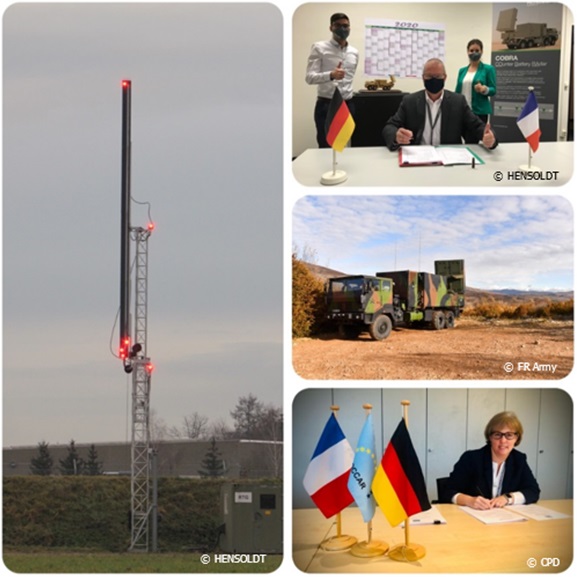 To know more about the programme please visit our website: http://www.occar.int/programmes/cobra