First trials to certify the aviation platform equipment of the French FREMM frigate Aquitaine with French Navy “Lynx helicopter” were conducted in the Atlantic off Lorient on Tuesday 31st of January and Wednesday 1st of February 2012. The Aquitaine and the Lynx (an essential asset in anti-submarine and anti-surface warfare) were crewed by French Navy personnel, with Industry staff conducting the onboard tests under the supervision of representatives of the French defence procurement agency (DGA) and the French Navy Authority in charge of naval aviation certification. The work included a complete day-and-night testing of the aviation system (i.e. helicopter approach, take off and landing) in particular to verify the precision of the approach radar, the flight deck operations and the related safety conditions. Certification tests with French Navy “NH90 FREMM organic helicopter” are envisaged before June 2012. OCCAR FREMM Programme Division is ensuring a close monitoring of the whole process. 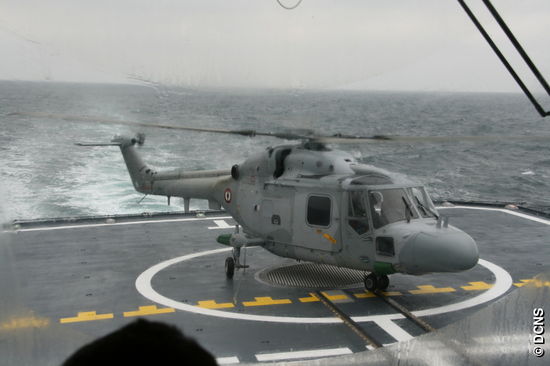