A key milestone in the Logistic Support Ship (LSS) Programme was successfully achieved on 22 June 2018, with the launch of the new 27,200 full load displacement ship at Fincantieri’s Riva Trigoso shipyard. 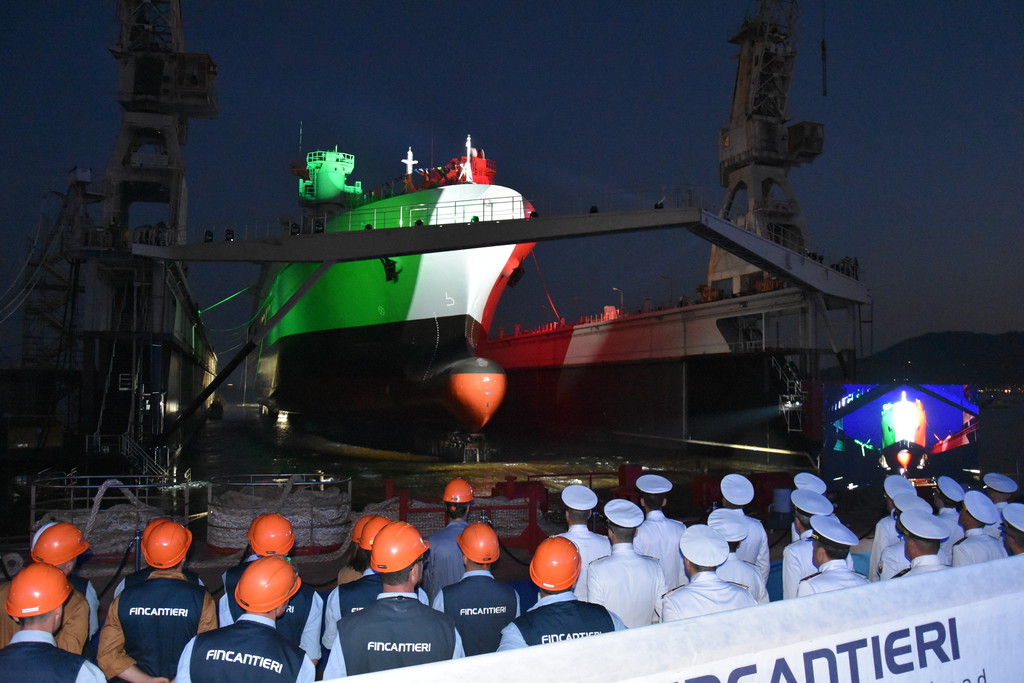 Contracted by OCCAR and managed by the Programme Division located in La Spezia, the new ship hull and superstructures were built by Fincantieri shipbuilding group in three sections; the fore section built at Castellammare di Stabia (near Naples), while the aft and mid sections were built at Riva Trigoso (Genova) shipyard. The three sections were transferred and assembled at Muggiano shipyard floating dock, where the new ship will be completed. After outfitting, the First Sea Going of the platform is planned for December 2018 with the first ship combat system sea acceptance trial in 2019, followed by delivery in September 2019.

Designed to operate in multiple scenarios and characterised by a high level of flexibility, the new LSS will be capable of supporting joint naval task forces, to conduct humanitarian and disaster relief (HADR) and civil protection missions. 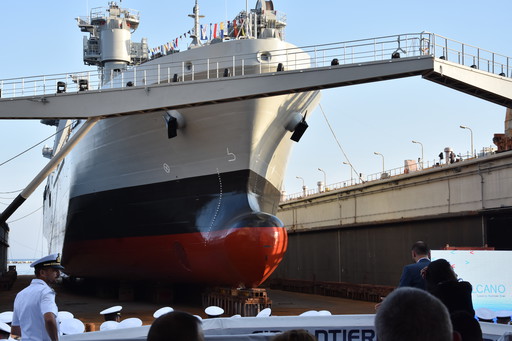 LSS in the floating dock

LSS features include a double-hull, 27,200-ton full-load displacement, 194-metres long and 24-metres wide, with a flight deck astern capable of accommodating one CH-53 helicopter and a large hangar to host and maintain up to two EH-101 helicopters, a NATO Role 2 LM hospital and maintenance and repair facilities. It will be capable of transporting and transferring, to other ships and ashore, both liquid and solid payloads, including electrical power, potable water and containers, in addition to being able to accommodate up to 252 (235+17 hospitalised) persons, including a crew of 167.
Characterised by a reduced environmental impact, the Combined Diesel Electric and Diesel-configured propulsion system (supported by two electric motors) will provide propulsion, plus on-board and electrical power while ashore. While the two electric motors will provide up to 10 knots speed, under the diesel-electric power the ship will be capable of reaching over 19 knots, with a 7,000nm/16kts endurance. The LSS will also be equipped with two thrusters (one bow and one aft) to enhance manoeuvrability in confined waters. 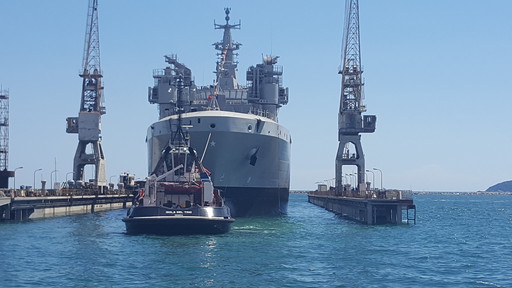 In addition to the above, the LSS will be capable of supporting a 4-5 ship Naval task force in out-of-area operations and will be equipped with a Replenishment at Sea (RAS) package, including four (two per side) refuelling points for fuel and water; two stations (one for each side) for transferring heavy material; two stations (one for each side) for transferring light material and one aft refuelling station.
Hepburn Engineering, existing supplier of in-service ITN Etna and Stromboli class replenishment ships, will provide the RAS package.

With almost 360° degrees of view from the main bridge, the LSS will have a new generation integrated bridge and command, control, communications & combat system. 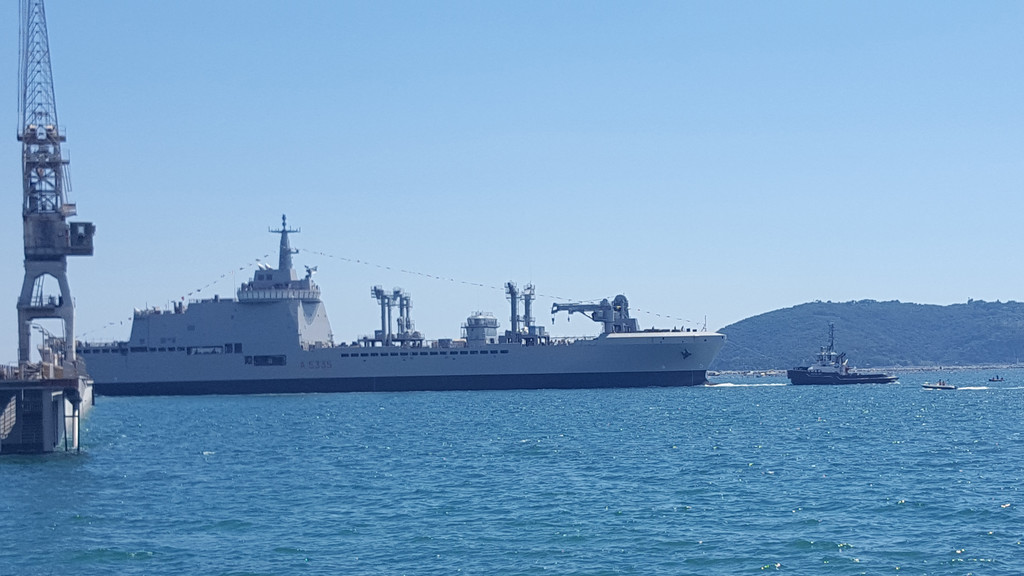 LSS transfer to the quay