Laying down Ceremony for the 8th Italian FREMM

The 8th Italian FREMM ship was laid down on the 12th July 2015 at the Riva Trigoso shipyard. The ceremony marks an important milestone in the OCCAR FREMM Programme after the first steel cutting of this frigate on the 25th February 2015. This new FREMM ship will be in the General Purpose configuration and will be delivered to the Italian Navy at the beginning of 2019. 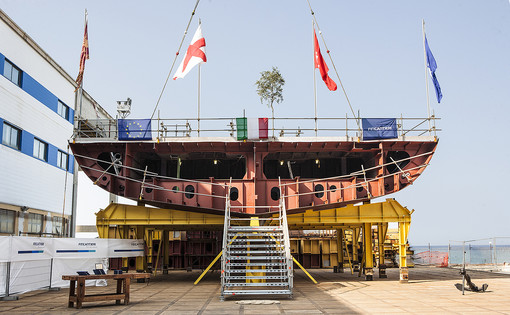 The FREMM ships are characterised by a high level of flexibility, and are specifically designed to operate in multiple scenarios. The Programme, which is the most important joint initiative to date between European industries in the field of naval defence, continues to run beyond 2020 after the placement on 16th April 2015 of the order for the last two FREMM frigates for Italy. 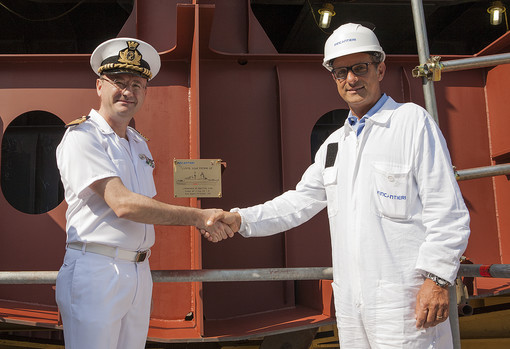 The other Italian FREMM ships are currently at different stages of production: Bergamini, the First Of Class (FOC) in General Purpose (GP) configuration, and Fasan, the FOC in Anti Submarine Warfare (ASW) configuration, are fully operational and employed by the Italian Navy. Both of them are in the In Service Phase with all the necessary support services provided through the Temporary Global Support contract.

Margottini and Carabiniere, the Follow On Ships (FOS) in ASW configuration, are respectively under the Warranty Works period up to the end of July 2015 (when Margottini will be fully operational), and the Warranty period.

Plaque of identification of the 8th Italian FREMM frigate