On 25 February 2016, the OCCAR-EA FSAF–PAAMS Programme Division accepted delivery of the final French “SAMP/T” system and subsequently transferred it to the French Air Force Ground Based Air Defense General Support squadron 2E.950, located on Avord Air Base, center of France.

Delivery and acceptance works were conducted at French procurement agency premises, located in Biscarrosse. Activities such as configuration surveys and functional trials preceding the administrative works to officially handover the whole sub-systems, including the support provisions, took place from 22 to 25 February 2016. 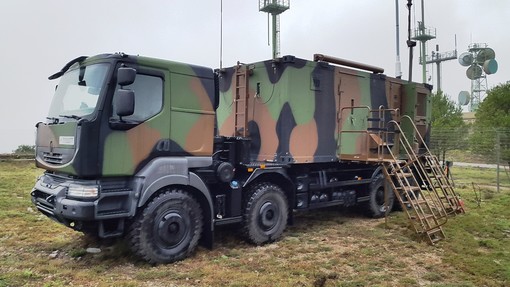 An efficient cooperation between Industry, French Air Force and the OCCAR-EA FSAF–PAAMS Programme Division led to the delivery of this final SAMP/T system. Deliveries started in 2009 with the SAMP/T system S4. Today, the French Air Force is equipped with all systems and able to fully operate the SAMP/T “MAMBA” system globally. This is supported by the respective In Service Support contract and, of course, fully trained and experienced operators.

This final system delivery is an important milestone for the user. The state-of-the-art, land-based surface-to-air anti-missile system, which is fully automated and able to face a wide range of air threats, has already shown its agile rapid reaction capability many times.