The Italian FREMM frigate “Alpino” had its first sea going in the Gulf of La Spezia on 5th of May 2015, just 10 months after the “Carabiniere”.
This important milestone has been achieved in a shorter timeframe than the previous FREMM ships thanks to both the learning curve at industries and the effective connection between Participating States, OCCAR-EA FREMM Programme Division and Industry.
At the moment, four FREMM frigates have been delivered to the Italian Navy (“Carabiniere” being the last one delivered on 28th of April) with four ships under construction and the option for the last two ships just exercised on 16th April.
According to the current plans, “Alpino” will complete the sea trials in November 2015 in order for delivery at the end of 2015, two months in advance of the contractual commitment. 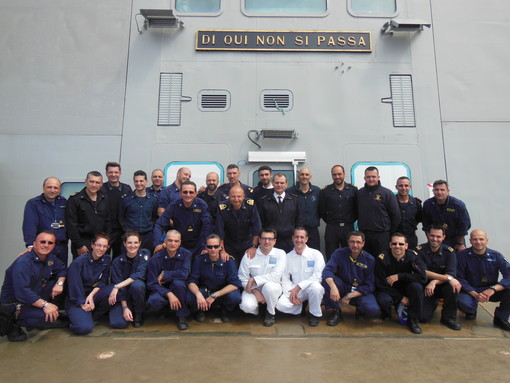 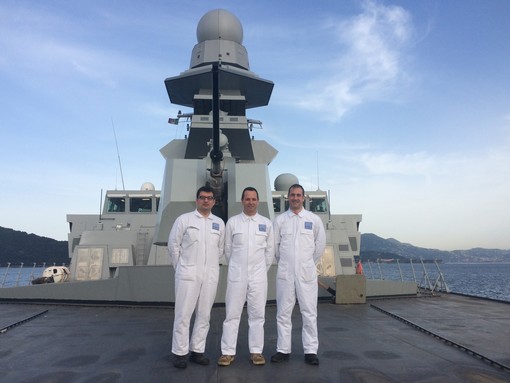 OCCAR-EA FREMM Programme Division staff on board of Alpino