The French Navy’s FREMM multi-mission frigate “Languedoc” was launched in Lorient by DCNS on 12 July 2014 in attendance of OCCAR FREMM Programme Division and French defence procurement agency (DGA) representatives. This event is another important milestone in the implementation of the FREMM Programme.

The construction of the “Languedoc”, fourth ship in the French navy’s FREMM ASM (Anti Submarine Warfare) class, began in September 2011.

Over the coming months, DCNS and its subcontractors will continue the assembly of the “Languedoc” and the integration of various systems into the ship. The next major step will be the installation of masts with the ship’s main sensors (radars, antennas etc.) and the integration of the Combat Management System. 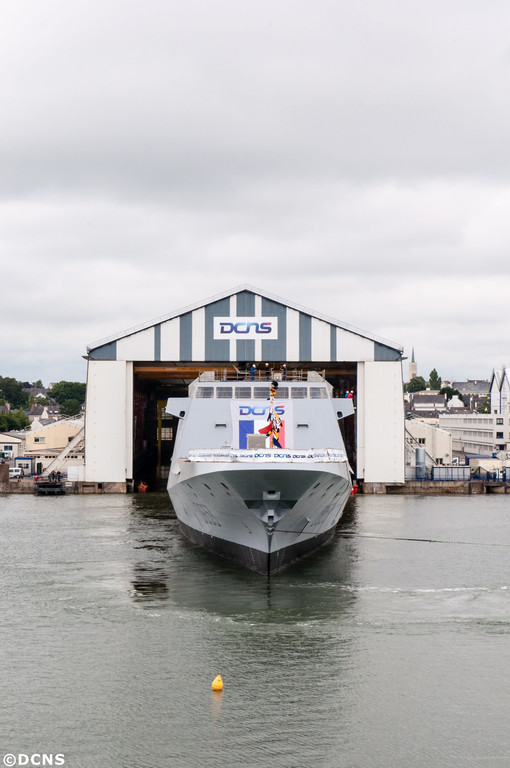 In addition to the First of Class (FOC) frigate “Aquitaine”, accepted by OCCAR on 23 November 2012 and delivered to the French Navy, five French FREMM frigates are currently being built simultaneously and are at different stages of assembly and construction at DCNS Lorient shipyard:

The French FREMM frigates are extensively armed and are equipped with the state of the art weapon systems and equipment, such as the Héraclès multifunction radar, the Naval Cruise Missile, the Aster and Exocet MM 40 missiles or the MU 90 torpedoes.