On the 14 November 2011, the French Air Force successfully conducted its first ballistic target firing. This firing of the Aster 30 missile took place from a SAMP/T platform (système Sol-air moyenne portée terrestre) and constitutes a major step in the modernisation of the ground to air defense of the French Air Force. The SAMP/T is the first european system delivering such a capability.

This firing is a major achievement for the FSAF Programme, it provides clear evidence of the TBM capabilities of SAMP/T as a, rapid, agile and highly accurate ground to air defence system.

OCCAR-EA FSAF Programme Division played an instrumental part, after months of technical management activity, concluding to the success of this important milestone for the end user.

Within the FSAF programme, 10 of these systems will be delivered to the French Air Force. 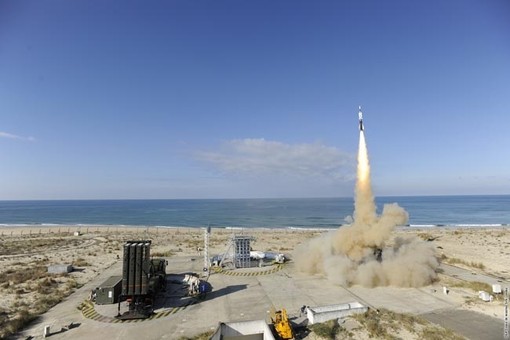