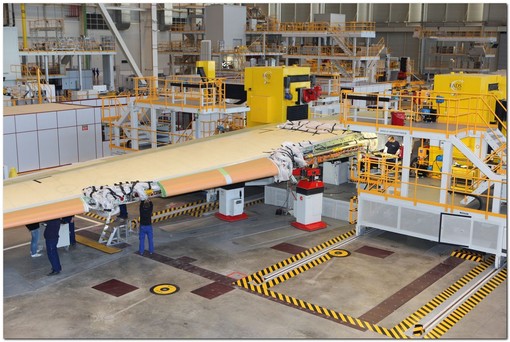 The final wing assembly for MSN4 has started at the Final Assembly Line in Seville (Spain).

The wings for the aircraft arrived in Seville on 21st January 2010. Other major parts of the MSN4 are expected to arrive within a timeframe of two mounths. The A400M MSN4 maiden flight is scheduled before the end of 2010.

The picture shows the wings in the A400M final assembly line.