During the month of August, the A400M Flight Test campaign has continued full steam, both at the Toulouse and Seville sites.

A significant event was reached with the MSN004 aircraft on the 8th of August: the Flight Test team reached 2,000 cumulative flight hours. By the last Sunday of August, a total number of 674 flights had been performed meaning a cumulative of 2,087.1 flying hours with four aircraft in flight.

In terms of flying hour’s figures this means that the Flight Test activity is going over the plan, as shown on graph below. 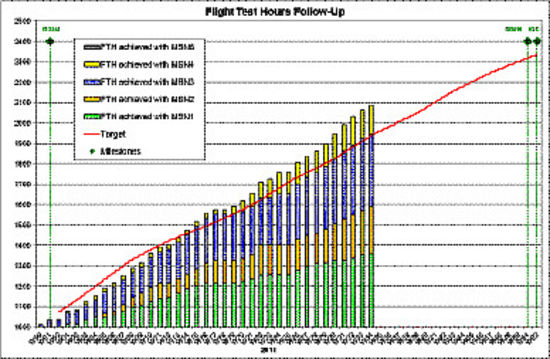 Another interesting figure has also been reached. Less than 10,000 hours “remain to do” on the MSN006 in Seville to reach its first flight. This is considerable progress given that more than 40,000 hours were reported as "remain to do” at the beginning of the year.

The first flight of MSN006 is planned to take place on 22nd December this year. You can see below a picture of MSN006, already painted, and fitted with engines, but without the propellers. 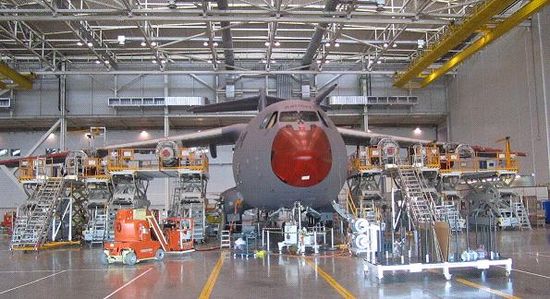 Finally, the first part (Wing Fuselage Fairing) of the MSN007, which is the first aircraft in production to be delivered to France, has been delivered to the Final Assembly Line in Seville. More parts are to go to Seville soon.