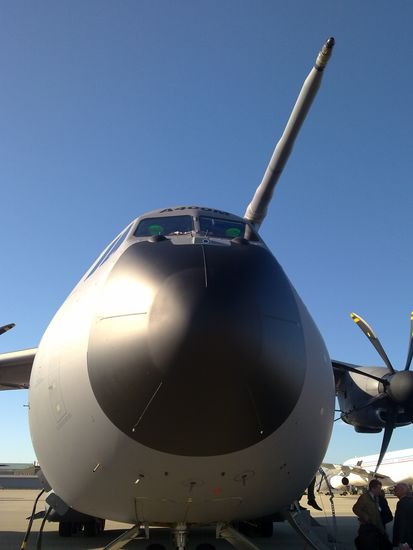 On 10th December 2012, the A400M transport aircraft has completed the 300 hour function and reliability (F&R) flight-test phase.
With F&R testing now complete, it is expected that the A400M will receive its full civil type certificate (TC) and military initial operating capability (IOC) in the first quarter of 2013.
Despite the slight delay to the flight test programme, delivery of the first production aircraft to France will take place in the second quarter of 2013.

Beside France (three aircraft), Turkey is also scheduled to receive his first aircraft in 2013.
First deliveries for the UK, Germany and Malaysia are planned to take place in 2014, while the first aircraft for Spain and Belgium/Luxembourg will occur in 2018.

By 2015, the full-rate production rhythm should mount up to 2.5 aircraft per month.