During a BOXER Programme Review Meeting on 1st February 2017 in Bonn, a major milestone in the BOXER Programme was celebrated: The delivery of the 400th BOXER vehicle to the Royal Netherlands Army on 20th December 2016.
The vehicle was handed over by the manufacturer Rheinmetall MAN Military Vehicles Nederland B.V. at its facilities in Ede/NL and is an Armoured Engineer Group Vehicle (Geniegroeps voertuig/GNGP) variant. With this vehicle (plus the 401st delivered the same day) the Netherlands Army has 29 GNGP’s in-service. 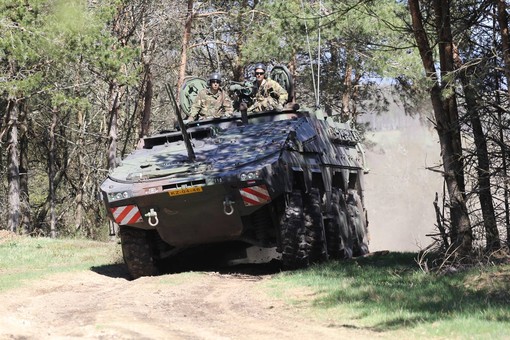 The GNGP variant of BOXER is one of five variants to be delivered to the Netherlands Army and is used for the transport of troops and engineer group equipment. The crew of an Armoured Engineer Group consists of a driver, a commander and a gunner and it provides space for six soldiers including personal and additional equipment.
Other variants ordered for the Netherlands Army are Ambulance (AMB), Command Post (CP), Cargo (CAR) and Driver Training Vehicles (DTV).

The BOXER Programme is a major trilateral co-operation between Germany, the Netherlands and Lithuania managed by OCCAR. The total number of BOXER vehicles under contract increased to 696 due to the participation of the Republic of Lithuania in 2016.
The BOXER is combat proven and very successful in use in Germany and the Netherlands. Other countries show their interest in the BOXER vehicles and the number of participants may rise within the next years. 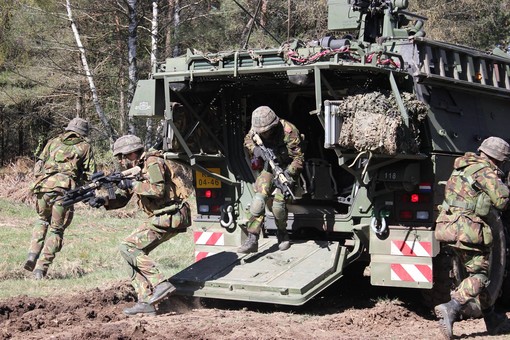 Dismounting from the GNGP (copyright RMMV)